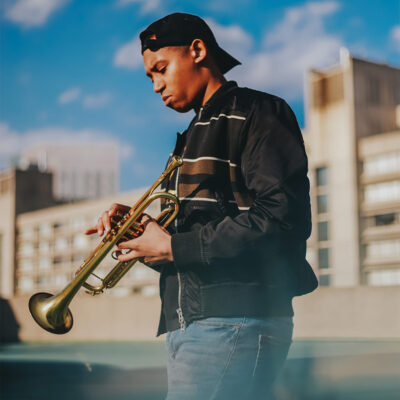 Next Gen Series: Alonzo Demetrius and "The Ego"

Alonzo Demetrius is a trumpeter, composer, performer, and activist - he prides himself on versatility, technical precision, and adaptability. Demetrius attended Berklee College of Music where he obtained a Bachelor and Master of Music degree in Professional Music with concentrations in Jazz Composition and Performance. Demetrius has had the privilege of working with an ever-growing list of notable musicians including Terence Blanchard, Ralph Peterson Jr., Dezron Douglas, Tia Fuller, Robert Glasper, Jason Palmer, Solange Knowles, Brasstracks, The Fugees, and many more. But by far, he credits his bandmates as being the greatest musicians that he has the honor to play with.