<![endif]--> The Gories live at Brooklyn Bazaar | Tune In | GrandLife 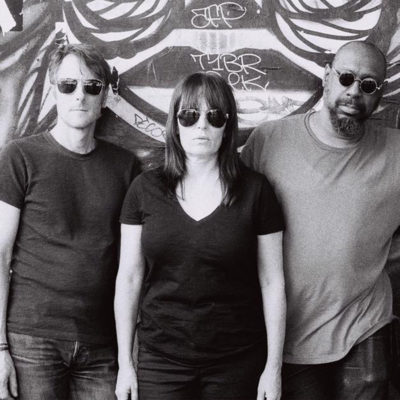 The Gories live at Brooklyn Bazaar

back to list
In the late 80s and early 90s, the scuzzed-out Detroit trio the Gories, along with peers Jon Spencer Blues Explosion and New Bomb Turks, reinvented classic 60s garage rock as something dirtier and more confrontational, pushing a tinge of punk menace into the mix.

The Gories formed in 1986 with Mick Collins, Danny Kroha and Peggy O’Neill, the band aware of proto-punk, garage, and blues but coming together not to imitate but rather to celebrate their favorite music, using their inexperience as an asset and touched by magic songwriting that produced anthem after anthem. With scratchy, overdriven racket and thumping drums somewhere between Moe Tucker's and Bo Diddley's, and Collins and Kroha’s practiced technique of playing off each other with a combination of clean and distorted guitar sounds rendered a bassist unnecessary.

The band were no joke, though, obvious as they now reunite to play sold-out shows and knock around adoring fans with more visceral punch than ever. Rooted in Motor City rock lineage, they prove the staying power of top-notch songs, deceiving simplicity, and a need for the beat. Loud guitars and drums, three chords, and passion are the score, and The Gories still have the keenest ear on the street.

Their recording career includes both a Quonset hut (for their first record Houserockin’) and Alex Chilton (who produced ‘I Know You Fine, But How You Doin’) and Kroha and Collins even backed Andre Williams on his vital Silky album, and after they broke up in the early 90s, their legend continued to stalk the earth. Collins went on to form the well-received Dirtbombs, O'Neill left to play in ‘68 Comeback and Darkest Hours, and Kroha did a 13-year stint with Demolition Doll Rods, jamming out rough girl-group rock 'n' roll.. and now Danny & the Darleans.