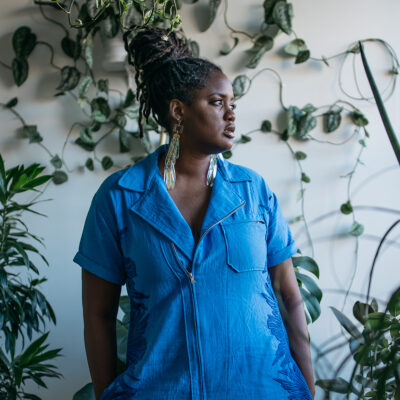 Bahamas-born, NYC-residing artist Kamilah defies genres just as she defies stagnant societal and cultural norms. Kamilah’s musicality is freewheeling, informed by her Caribbean roots and her eclectic musical upbringing. Kamilah’s full artistic expanse includes being a vocalist, songwriter, guitarist, pianist, producer, director, and vocal producer. To date, she’s released the searching and soulful EP, Learning Curve, and the singles “On My Mind” and “So Long.” Kamilah has won first place at the Apollo Theater’s notorious amateur night. She’s earned coverage in The Deli Magazine, The Tribune, and The Nassau Guardian-Pulse. As an in-demand backing vocalist, she has appeared on HBO’s Random Acts of Flyness, on the MTV Video Music Awards, on the film score for Last Black Man in San Francisco, on the soundtrack for DC Comic's latest installment, Birds of Prey, on Good Morning America, The View, and on Sirius XM Radio. Every Monday you can find her performing and creating music at the esteemed series “Producer Mondays” with modern soul star musicians Ray Angry and The Council of Goldfinger at the chic venue Nublu/ Studio 151.