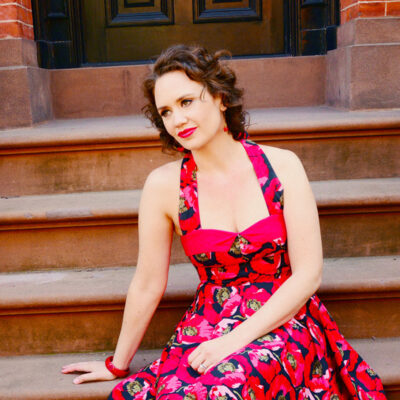 back to list
Vocalist Hilary Gardner, described by The New Yorker as “a singer with a beguilingly subtle wit,” has garnered critical acclaim from the jazz world’s major publications, with DownBeat Magazine declaring her “an artist to watch” and naming her a Rising Star Female Vocalist four years in a row. Among her more eclectic gigs are singing at Ralph Lauren’s 2019 fall launch at New York Fashion Week, guesting with Jeff Goldblum on the opening night of his run at Café Carlyle, making a cameo on a Moby record, and performing the national anthem at CitiField for the New York Mets (full disclosure: she's a Yankees fan). In 2010, Hilary appeared on Broadway as the female vocalist–and Frank Sinatra's duet partner–in Twyla Tharp’s Come Fly Away. In 2017, she appeared as a nightclub singer in Errol Morris's critically acclaimed Netflix documentary-drama, Wormwood. Hilary is a founding member of the vocal trio Duchess, which recently won Vocal Group of the Year in the 2021 Jazz Journalists Association Awards.