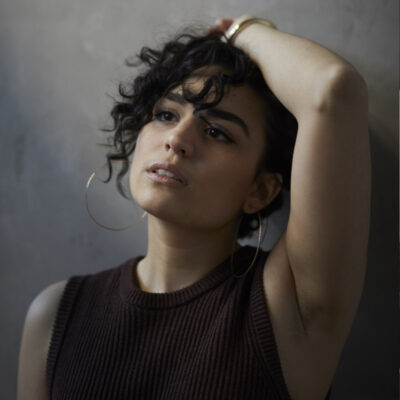 back to list
Alexa Barchini is a vocalist, bandleader, composer, and lyricist based in New York City. Since relocating from Philadelphia five years ago, she has been living in Brooklyn and performing regularly in the New York/Philadelphia area to growing audiences. Raised in a culturally diverse family and the daughter of an opera singer, Alexa began singing as a young girl, fusing her voice with the cultural tapestry that surrounded her, and soaking in the jazz tradition from any records she could get her hands on. Somewhere along the line she caught the proverbial ‘bug,’ and has since gone on to study and perform in various settings. Her work as a bandleader and sideman has taken her on tours both within the U.S. and in Europe, where she has had the opportunity to perform on stages such as Dizzy’s Club Coca Cola, the Blue Note, National Sawdust, Cornelia Street Cafe, Smalls, Smoke Jazz Club, The Kimmel Center of Philadelphia, the Regatta Bar in Boston, and others. She can be found regularly performing as a sideman with big bands like the New Alchemy Jazz Orchestra and smaller groups like the Willerm Delisfort Project, as well as with her own projects, like her duo project with guitarist, Jackson FitzGerald.