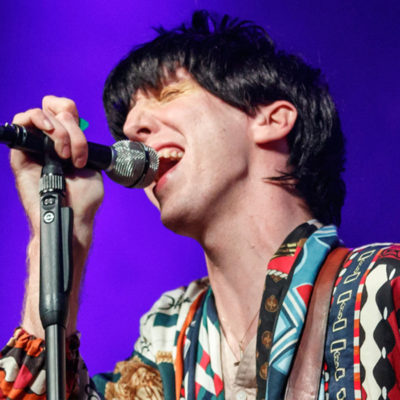 back to list
Deerhunter (formed in 2001) is an eclectic American indie-rock band led by the convincingly peculiar Bradford Cox, hailing from Atlanta, Georgia, U.S.

Inspired by the band’s mutual interest in the Deer Hunter arcade game series, the group was originally formed by frontman Bradford Cox and drummer and keyboard player Moses Archuleta in 2001. Guitarists Colin Mee and Lockett Pundt were later added to the lineup as was bassist Josh Fauver, after which Deerhunter signed with Stickfigure Records. The 2005 untitled full-length, sometimes referred to as “Turn It Up, Faggot”, proved popular amongst critics and led the group to subsequently sign with the revered label Kranky.

Deerhunter’s sophomore album “Cryptograms” was recorded in only two days and later released in January 2007. Featuring mainly stream-of-consciousness based lyrics regarding death, companionships, and Cox’s experiences with Marfan Syndrome, the album was well-received by critics. In May 2007 Deerhunter issued the EP “Fluorescent Grey” marking a darker, more violent yet cohesive collection of songs. The record “Fluorescent Grey Demos & Out-takes” followed in January 2008, after which guitarist Colin Mee departed as he was unable to play a number of upcoming shows.

The full-length “Microcastle” was issued by Kranky and 4AD in August 2008. Produced by Nicolas Vernhes, the record features Black Lips member Cole Alexander, and earned universal critical acclaim. The group subsequently toured in support of The Smashing Pumpkins and Nine Inch Nails, and released the concurrent record “Weird Era Cont.” to reward fans who didn’t download their leaked album. Following a hiatus period in which Cox pursued his Atlas Sound project, Deerhunter released their fifth full-length “Halycon Digest” in September 2010. Once again receiving unrivalled reviews the album spawned the singles “Revival” and “Memory Boy”. The record would prove to be the last with bassist Joshua Fauver, after which the group created the score to the short film “The Curve of Forgotten Things”. Deerhunter’s sixth studio album “Monomania” was released in May 2013 promoted with an appearance on Late Night with Jimmy Fallon.