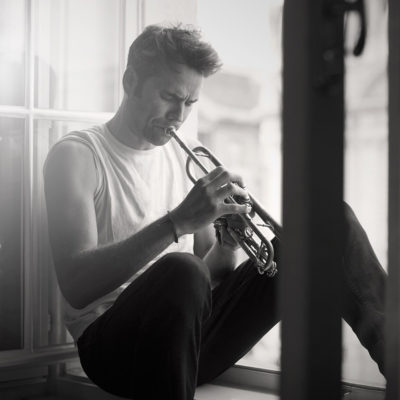 Chris Norton Live in the Django

back to list
Seeing Chris Norton perform is an experience you will not soon forget. This versatile singer, trumpeter, and bandleader has the rare ability to leave audiences floating on a cloud with his unique voice and expert interpretation of jazz standards, while simultaneously electrifying guests with pop, R&B hits, rock classics, and soulful ballads. Whether he’s entertaining celebrities during New York Fashion Week, playing for philanthropists at the amfAR gala, thrilling sports executives and football fans during official NFL Super Bowl events, or performing for heads of state (including former presidents Barack Obama and Bill Clinton), Chris demonstrates his best with every note played and song sung – leaving each client satisfied, every single time.

Raised in Jacksonville, Florida, Chris began playing the trumpet as a child – influenced by the hypnotic jazz stylings of Louis Armstrong and Miles Davis. As his craft developed, he found his voice – literally. The instrumentalist evolved into a talented vocalist, and began singing and playing trumpet in his live shows. After mastering both crafts, Chris decided to take his talents to the entertainment capital of the world – New York City.

It wasn’t long before Chris became one of the most sought-after and lauded performers on the NYC social scene. His unique shows earned him artist residencies and private events at the city’s most iconic venues including The Waldorf Astoria, The Rainbow Room, Cipriani, the St. Regis, The Plaza, The Standard Hotel, Le Cirque, The SoHo Grand, One World Trade, The New York Public Library, Lincoln Center, Metropolitan Oprea House, and Tavern on the Green. Specializing in high caliber entertainment, Chris has booked performances across the U.S. and internationally with luxury brands and Fortune 500 clientele including Porsche, Hermes, Chopard, Mercedes-Benz, L’Oreal, Microsoft, Audi, The New York Stock Exchange, Valentino, Omega, Tiffany, Direct TV, and The Whitney Museum – just to name a few.

In addition to President Obama and President Clinton, Chris has performed before Vice President Joe Biden, Vice President Dick Cheney, and Secretary Hillary Clinton. He had the privilege of entertaining Vice President Al Gore and his family as the featured entertainer for his son’s wedding in Washington, D.C. The event earned wide recognition from various outlets, including exclusive name recognition for Chris in People Magazine’s national coverage.

Chris is internationally known, having performed for various dignitaries across the world, including private events and concerts at the renowned Royal Mansour in Marrakech, Morocco. A true citizen of the world, he has traveled to numerous countries over the course of his illustrious, multi-decade career. While he always enjoys sharing his musical talents abroad, Chris is also proud of the work he’s done in his home state, where he recently scored original music for two award-winning Visit St. Petersburg/Clearwater tourism commercials.