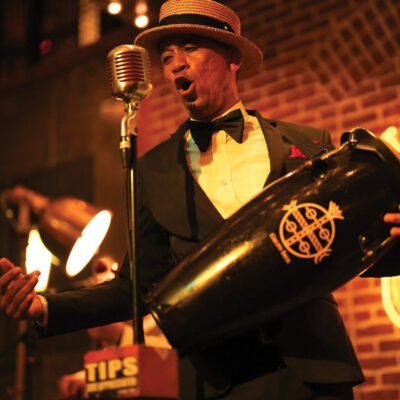 The son of an industrial machinery mechanic and a Geography teacher, Chino Pons was born in 1971 in San Miguel del Padron, Havana, Cuba ,one of the poorest neighborhoods in Havana; surrounded by the Abakua Plantes, Bembe and Rumba cultures. Growing up in an environment of traditional and Afro-Cuban music, among musicians and legendary dancers from 1940's and 1950's, had a great influence on him and inspired him to create music. Chino's relatives gave him a solid foundation in Son Cubano music, and absorbing their knowledge of Rumba Guaguanco, Yambu, Columbia, Cha Cha Cha, Danzon, and Bolero gave him the desire to create a new, more modern, sound while still maintaining many elements of traditional Cuban music.