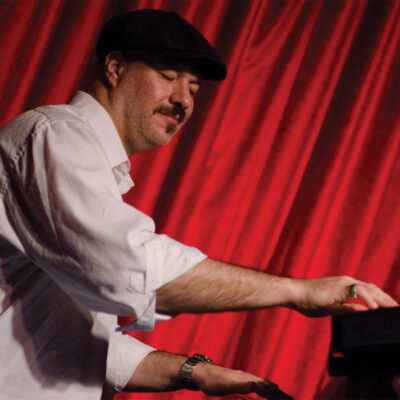 New York City organist/pianist, Brian Charette, has established himself as a leading voice in modern jazz. Charette is a Hammond U.S.A, I.K Multimedia, and Casio endorsed, Steeplechase, Positone, and Cellar Live recording artist. He was the winner of the 2014 Downbeat Critics’ Poll “Rising Star: Organ” award and 2015 Hot House Magazine's “Fan's Decision Jazz Award for Best Organist”. This year he has placed 3rd in the 2021 Downbeat Critic’s Poll. Brian has released 19 albums, many of which have been in the Jazzweek and Itunes top 20. Brian has just released a solo electronica recording, Like the Sun, and the third Music for Organ Sextet release, Power from the Air. Both have received rave reviews with Power from the Air getting 4 stars in Downbeat. This Fall, Charette will tour with Joey Defrancesco and his own groups as well as recording a new album for Cellar Live at Rudy Van Gelder’s with Bill Stewart, Cory Weeds, and Ed Cherry.