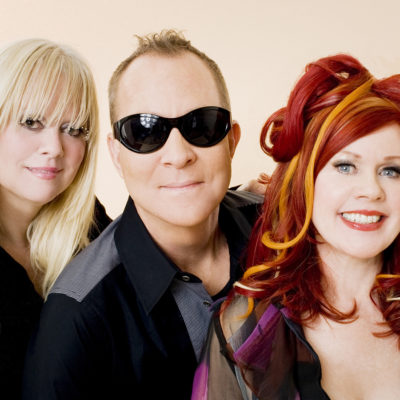 back to list
The “world’s best party band,” The B-52’s came tearing out of Athens, Georgia in the mid-70s, bringing a punk ethos to the beach party with a fresh take on surf rock that took equal inspiration from Motown, girl groups, and Yoko Ono. Their breakout hit “Rock Lobster,” with its earworm guitar riff, spooky organ, and kooky sea creature vocals is credited with spurring John Lennon’s return to music; The former Beatle saw it as evidence that pop music had finally caught up to Ono. Best known by the MTV generation for the smash hit and video “Love Shack,” the mostly queer quintet hasn’t recorded new music since 2008’s Funplex but nonetheless still knows which hits keep the party moving. They’re joined by Liverpool’s OMD (short for Orchestral Manoeuvres in the Dark), a seminal experimental post-punk band revered in the U.K. for their 1980 anti-war song “Enola Gay” and the classic 1981 LP Architecture & Morality. They were abandoned by Brits as their later records grew poppier, but found biggest audience in the U.S. with the hit single “If You Leave” from the soundtrack to John Hughes’ Pretty In Pink, obscuring a bit of their experimental legacy in service of a permanent place in the American pop culture canon.