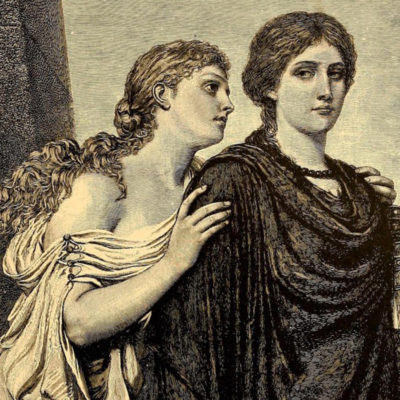 Antigone live at the Armory Park

back to list
“As the world gets smaller and more dense and fascinating, culturally speaking, we look to artists like Miyagi to chart wonderful new theatrical territory, making it strange and familiar, all at once.” —The New Yorker

“This Buddhist approach to Antigone by director Satoshi Miyagi will surely be inscribed on its audiences’ hearts, along with the solemn beauty of the stage set.” —Japan Times

Sophocles created characters with psychological depth and complexity in this universal play that are as resonant now as when it was written nearly 2,500 years ago. The Greek tragedy hinges on a young girl disobeying the king by giving her brother the same funeral rites that he had been denied after a fratricidal combat, challenging the injustice of men to obey the laws of the gods and following her heart by putting his soul to rest. What followed was an intense exploration of humanity, morality, law, and justice that left few unharmed.

Famed Japanese director Satoshi Miyagi creates a new version of this fabled mythology that looks at this ancient play through the prism of Japanese culture. He turns the stage into a flowing river of water, known in many spiritual beliefs to separate the world of the living from that of the dead. This fresh take presents a riveting play about loss and memorialization in a way that is both timeless and timely, mixing the foundational principles of Greek tragedy, Japanese Noh theatre, Indonesian shadow play, and the Buddhist philosophy to negotiate the boundaries of intercultural encounters while creating a new theatrical universe of globalized proportions.