Despite a penchant for globe-trotting and an undeniably international gaze, NYC remains a constant source of inspiration for the Virgil Abloh-approved artist and photographer.

Nick Sethi is a prolific artist and photographer who has made New York City his home since he was 18. Sethi’s work takes a colorful and often extremely raw approach to exploring the topics of identity, gender, and the ways religious and cultural idiosyncrasies survive and evolve in a rapidly changing world. Sethi brings a unique perspective to his work as someone with an exceptionally diverse, yet humble background that draws heavily on time spent in various subcultures. As a rising star among the new generation of New York’s creative class, Sethi’s career has hinged upon an uncanny ability to create compelling, honest, and extremely human visuals which tend to catalyze greater conversations.

The son of immigrants from India, Sethi was raised in the US and has emerged in recent years as a creative asset for prestigious brands like Louis Vuitton, whose creative directors sought out his talents not so much in an effort to execute their own vision but rather to co-opt his. Much of Sethi’s own work over the past decade has involved traveling around the world and shooting with a sense of place at the forefront, with a staggering number of hours dedicated to shooting and creating in India, which has provided a foundation for much of Sethi’s most distinct work. Despite a penchant for globe-trotting and an undeniably international gaze, New York City remains not only a home but a constant source of inspiration for the restless 30-year-old. 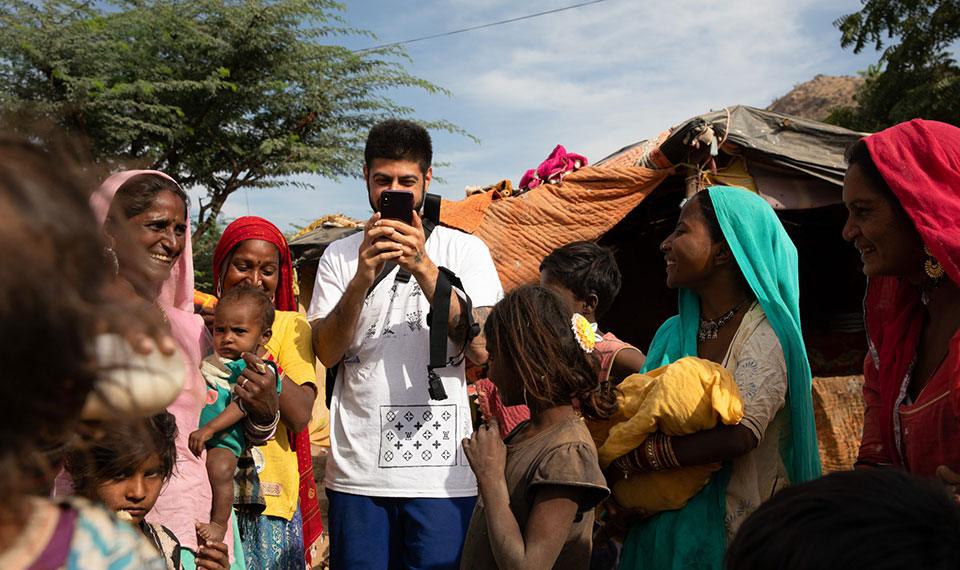 What about the city inspires you these days?

Nick Sethi: I can walk out my door and go see 25 art shows and feel immediately inspired–which is so special. If anything, traveling teaches you that in most places, you’re lucky if they have one or two culturally relevant, inspiring things happening. When you’ve lived in NYC for a long time, it’s easy to take that for granted, but it’s really important to remember that this is a place that’s dense with people doing cool work. For example, we recently had the Frieze art fair out on Randall’s Island; you have galleries from all around the world showing their artists and there’s so much cool stuff that you’d never get to see otherwise. New York attracts and supports that kind of thing in a way other places just don’t.

Do you still think NYC is a good place for young creatives to build a career in 2019?

NS: I was lucky enough to find myself working pretty soon after I arrived in NYC, and I was working in really developed, bigger situations, but as a photo assistant for a number of years. These were huge shoots and the kind of jobs that only a place like New York offers, where you might be assisting–but you’re going to skip years of trying to figure stuff out because you’re witnessing how it’s done in the big leagues and really helping to get it done. I’m just now starting to work directly with people that I met 10 years ago doing those jobs, but because those people have known about me and followed my work since then, I don’t have to prove anything to them. It’s cool to be on the other side of that. I think with New York, something won’t happen for you until it’s the right time–until you’re really ready to do something and the situation is right. I’ve wanted to work in the way I am now for a long time and now that I’m here, I’m glad it took this long. If it had happened a few years ago, I think I would’ve burnt out on stress.

What are your go-to spots in the city when you need inspiration?

NS: There’s some really great under-the-radar stuff that I love hitting like ENTRANCE, which is run by Louis and Jack Shannon. They’re young and actually from NYC, which is pretty rare these days, and ENTRANCE is amazing. It’s a multi-level gallery and they do things like dinners with friends cooking, super varied and really vital shows, and they have an in-house studio, so they actually make a lot of the work that they show in the gallery space with the artists.

I’ve also gone to Dashwood Books on Bond Street religiously since I was 18, whenever I need to clear my head. They’re also now the publisher of my own book, but that’s really been my go-to spot when I just need to take a minute and refuel.

A lot of your work as an artist and photographer is very distinct and can be somewhat challenging. Obviously, a campaign for a brand like Louis Vuitton is intended to sell things, and I’m curious how you approach that task without sacrificing your identity and intention as an artist.

NS: I’m really happy to be at a point where people are hiring me for what it is I really do well creatively, and not just for being like a guy with a camera that can execute someone else’s vision. The first thing is to just be aware of what you’re doing; I typically go into these situations with maybe an overly professional attitude like, We need to show this or we need to show that, and the creative director almost always goes, Just take photos that you like and they’ll be good with it. Of course, I want to make the client happy and it’s fun shooting fashion because it gives you a framework to operate within, and you have to find ways to be fun and creative doing those things. At the end of the day, we know what we’re trying to accomplish with a campaign and it can be cool sometimes to have a set goal, which is to make these clothes, people, and lifestyle look appealing. It’s liberating to work in a simplified way compared to making artwork for myself that’s supposed to speak to 500 different things and mean a different thing to every viewer. That said, I do add in little tweaks and work to make things “mine;” if I ever do a reference or mood board for a project like a Louis Vuitton campaign, I always put a lot of my own work in it so that when I do add those more personal touches, the people hiring me can easily reference my work and are accustomed to seeing it. It’s a way of keeping my vision intact. 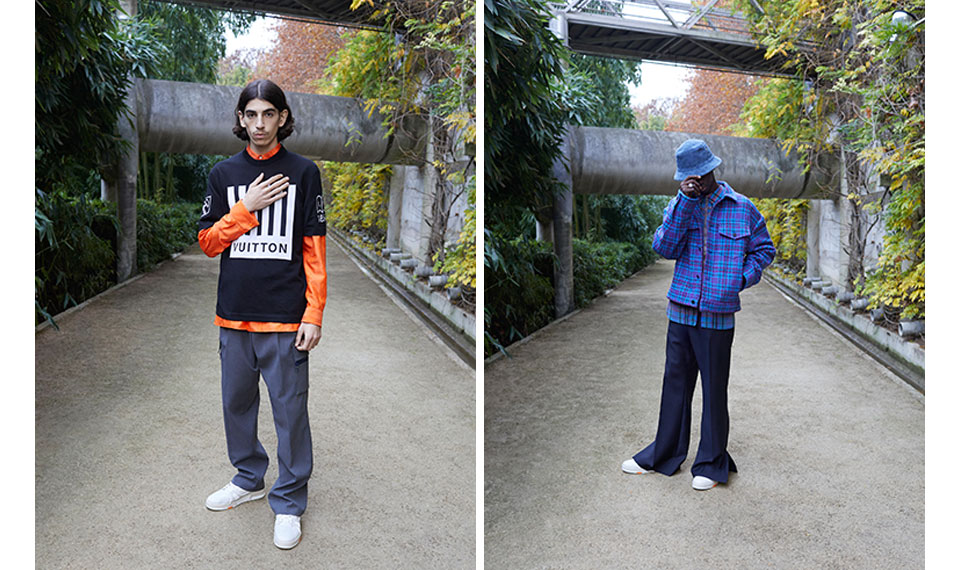 You’re a product of subcultures like the hardcore-punk world and the street photography world, and you have a very humble background relative to where you’ve ended up as an artist. Any advice for young creatives that come from a similar place looking to expand as you have?

NS: My personal experience really just required me giving things as much time as I possibly could, not expecting anything, and really focusing on and making things that I really, really believe in. My India project is something I’ve been working on for literally 10 years, and it seems like the past year may have been some kind of overnight success, but it’s 10 years of putting in my own time, money, energy, and sacrificing relationships and all of that. There’s no easy path. If there’s any advice, it’s to do a lot of work and let your work speak for itself and try not to get disheartened. It can be really disheartening to ask for things and hit up people and apply for things over and over again and not get them. Hopefully, it’ll work out, but you have to stick to it. 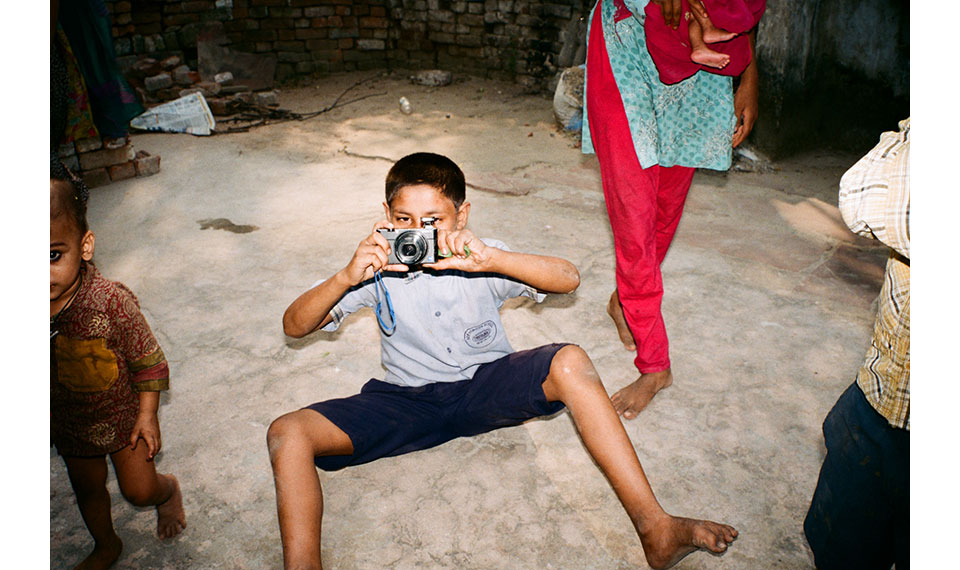 I know a lot of third culture kids like yourself make a home in NYC because you can really embrace and explore your identity here, but are dually encouraged to forge your own path. Has that applied to your experience?

NS: The amazing part about New York is that it’s a bubble where being yourself is way easier. You can go to a party or even just on the street every person looks so different from one another, and from the rest of the country in general. Being surrounded by that kind of diversity made me comfortable with being myself. Whatever that thing is for you—whether it’s navigating coming from a different culture or your sexuality or whatever it is that might make you different—I feel blessed to be in a place where it’s easier to be what you are. There are so many places in the world where your identity positions you in a really finite way and you have to really struggle to escape how you’re perceived …That’s not to say that it isn’t still difficult in NYC and that journey isn’t something New Yorkers don’t have to be concerned with, but it’s a bit easier here. The rest of the world can definitely take a hint from New York in that respect.