The former Punk magazine photographer and CBGB fixture talks capturing the early punk-rock scene and what it means to be a real New Yorker.

You’ve seen a Roberta Bayley photograph. Even if you have never had the slightest interest in rock history, someone somewhere has at some point walked by you wearing a Ramones T-Shirt. And most likely that T-shirt featured the iconic black-and-white image of the band standing on a well-graffitied New York City street. That image, taken by Bayley for the band’s first album cover, became the image most closely identified with the band and therefore remains one of the definitive images of New York’s 1970s punk scene.

Having been a door girl for CBGB, Bayley witnessed the birth of punk and found herself in the middle of a cultural movement. Lucky for us, she had the good sense to document it all. She took pictures of everyone: Television, The Heartbreakers, New York Dolls, The Clash, Debbie Harry, The Sex Pistols and pretty much every other punk icon to step foot on that NYC concrete. While her photography career only lasted about 10 years, her images helped to define an era. In some ways, these images are arguably as influential as the music itself.

This Thursday, Roberta Bayley: She Just Takes Pictures will have its world premiere at Howl! Happening. The film, directed by Beth Lasch, showcases Bayley’s iconic punk-era photography and delves into her story. Bayley will be in attendance for a Q&A following the screening. We sat down with her in anticipation of the event.

Assuming you’re not from New York, what brought you here?

Roberta Bayley: I grew up in California. I’d been living in London for 3 or 4 years in the 70s and I had broken up with my boyfriend in 1974. I wanted to get out of England so a friend of mine that was in the airline business got me a one-way ticket to New York. I didn’t have any intention of coming to New York and I didn’t have any intention of staying in New York, but I ended up here and I immediately seemed to click with New York City and basically never left.

How did you get into photography once you were in New York?

RB: I started working at CBGB in 1974, at first just once a week. I was Richard Hell’s girlfriend and he was in Television. They were just starting to play at CBGB then so their manager asked me if I would sit outside the door and ask for the admission fee. Then later, once it started to get more popular, Hilly Kristal, the owner of CBGB, asked me if I wanted to be on the door all the time. I started working at CB’s five nights a week and I did that for a few years. Pretty early on, after Richard and I broke up, I bought a camera and that was when I started shooting pictures of bands. 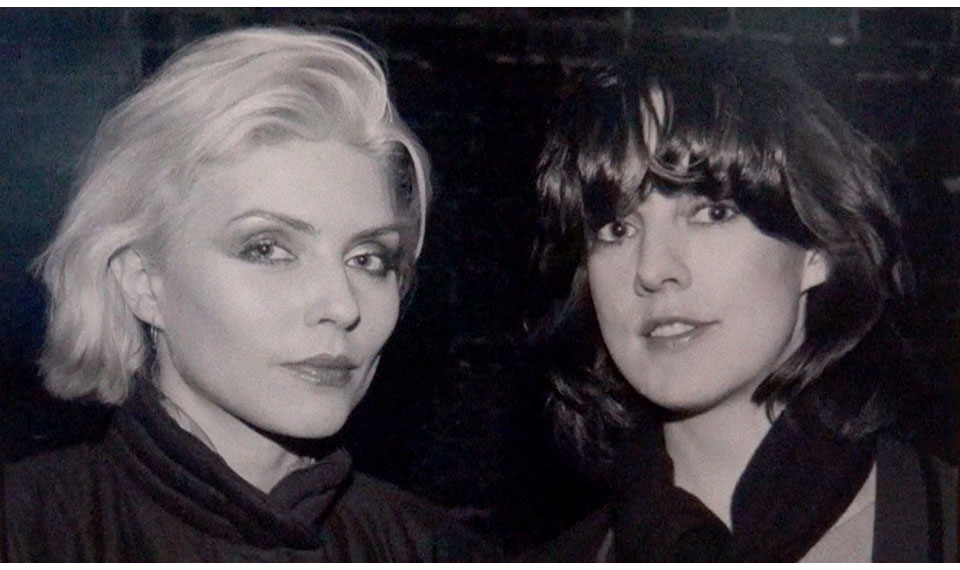 Were you drawn to photography because it was a form of documentation? Was it the scene around you that you felt compelled to capture?

RB: Absolutely. There were photographers around a little bit in the beginning. Bob Gruen was around. Chris Stein was around and he was an excellent photographer. But in the beginning, it was a very small scene and it was all people who knew each other…. And then somebody would start a band. It just seemed to be a very creative and interesting scene with a lot of interesting people. Nobody had any money particularly but they needed their pictures taken for posters and publicity and things like that. So, I just started doing it and filled a gap in photography for people that needed their picture taken.

When I was looking through your work, I saw a picture of John Lydon and it just struck me how incredibly young he looked—he looked just like a child. Were you aware of how young you all were?

RB: No. I felt old, actually. Especially with the British bands. Now, that’s because when you’re in your 20s, a five-year age gap can be huge. You can feel almost maternal to somebody who is a teenager. I felt like I was a sophisticated, worldly adult. Most of the bands in New York were more my age, or even a little bit older. Patti Smith and Debbie Harry were a few years older than I was. In New York, it wasn’t quite as young a movement as it became in England later.

How did your relationship with your subjects steer the photos you were taking? What was your strategy?

RB: Well, sometimes bands specifically would say they needed their photo taken for a poster. My first band session was the one on the cover of Please Kill Me which was Richard Hell’s concept of the band bleeding like they were dying, or something like that. I photographed Richard a lot; I did all his records and single sleeves. He always would have different concepts of what he wanted the photos to look like so I would follow his direction. I went to work in 1976 for Punk magazine. Punk then gave me a whole different way of photographing people because they did a lot of photo stories. That put me into crazy situations like Joey Ramone on the beach with a surfboard. You know, that wasn’t something I would just happen to capture on the beach because that really wasn’t where Joey hung out. But because we were doing these stories, we managed to have all kinds of crazy situations that just led to very amusing and interesting pictures. We had a lot of fun doing it, which was important too. 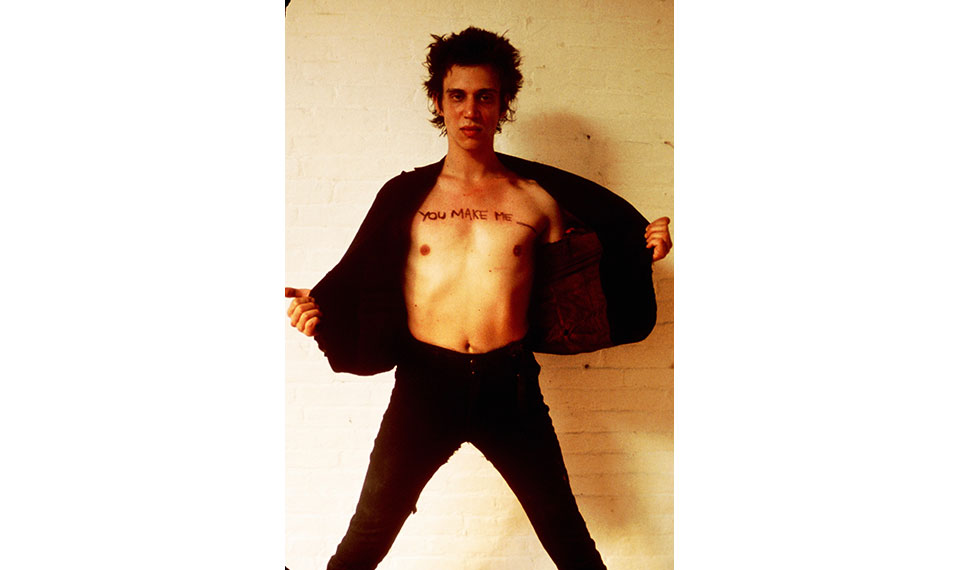 I was just thinking of that photo of The Damned under the twin towers. Was that through Punk?

RB: That was through Jake Riviera. He was The Damned’s manager at the time and he founded Stiff Records a little later. He had stumbled across the CBGB scene when he was working with Dr Feelgood, I think. He was hip to the fact that something was happening in New York. As was Malcolm McLaren because Malcolm had lived in New York. I think that Jake thought that if The Damned was the first British punk band to come over, they’d get more attention because none of the British bands had been to New York at that time. They were all just starting to put records out. So, he brought The Damned over to New York. The idea was that they wanted pictures that couldn’t have been taken anywhere but New York City. We went on the subway, we went down to CBGB, we went down to the World Trade Center… We were just trying to get something that couldn’t have been taken in London just to show that the band was in New York, even if was just a street sign or something.

Do you have a favorite photo from your archive?

RB: My most popular is my Joey Ramone with surfboard picture. That one’s even more popular than the Ramones album cover in terms of sales, not that that’s how I judge my art, but it’s kind of a cheerful and happy picture—I think that’s why people like it and that’s why I like it. I have it on my wall as well.

I am doing Photo London next year in May of 2020 and I’m putting together a box of 20 photographs and in there, I do have a few pictures that have rarely… or probably never… been seen. I sort of have my greatest hits of pictures that people are very familiar with but I’m also putting in a few others. There’s a self-portrait that was on the first roll of film through my camera ever and I have a picture of Jake Riviera’s shoes and just odd little things I’m throwing in to be unique. 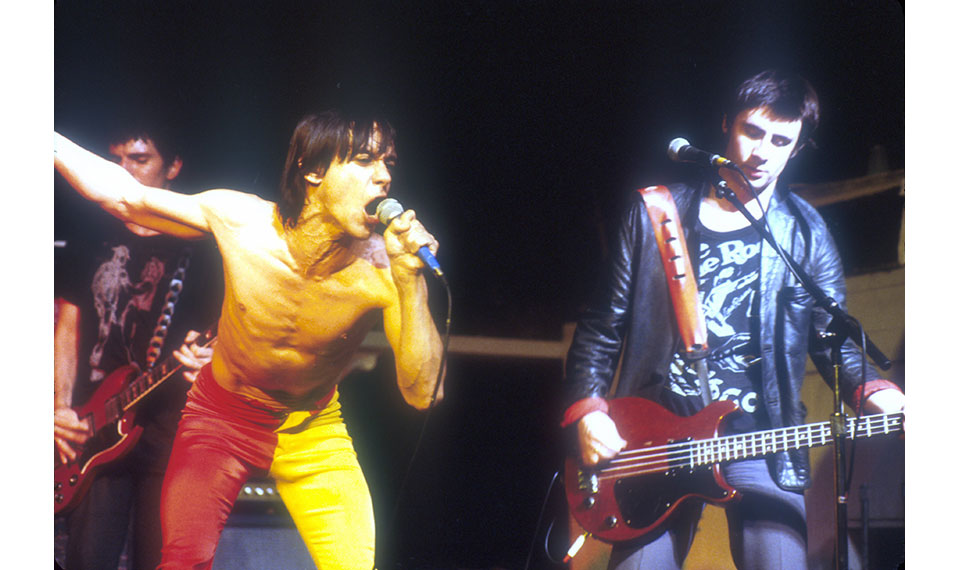 Did you have a favorite subject to work with?

RB: I would say, Debbie Harry, Richard Hell, Iggy Pop. You know, they’re people who like having their picture taken; they don’t squirm, they’re somewhat into it and they understand the concept of the photograph and posing. I like to work very quickly so that people don’t have much time to feel awkward or stressed. I think that’s part of why people liked working with me because I didn’t make such a big deal of it.

When you look at your photos, are you able to look at them objectively or do they just feel like old friends or memories for you?

RB: Of course the latter but as far as “objectively,” I always like when other people look through my images. That often results in people seeing something I didn’t see because I am so familiar with the photos. I didn’t work for very long. I probably only worked for about ten years, maybe even less than that, so I don’t have thousands and thousands of rolls of film….I’m having my archive digitized by the Yale University Library, which means every single frame that I’ve ever shot, so that will be interesting. I’ll get those back over the next couple of years and then I’ll probably focus on doing a book….I’ll put something new and different together in addition to the familiar pictures that people want to see.

Have you stayed in touch with anyone from that era? 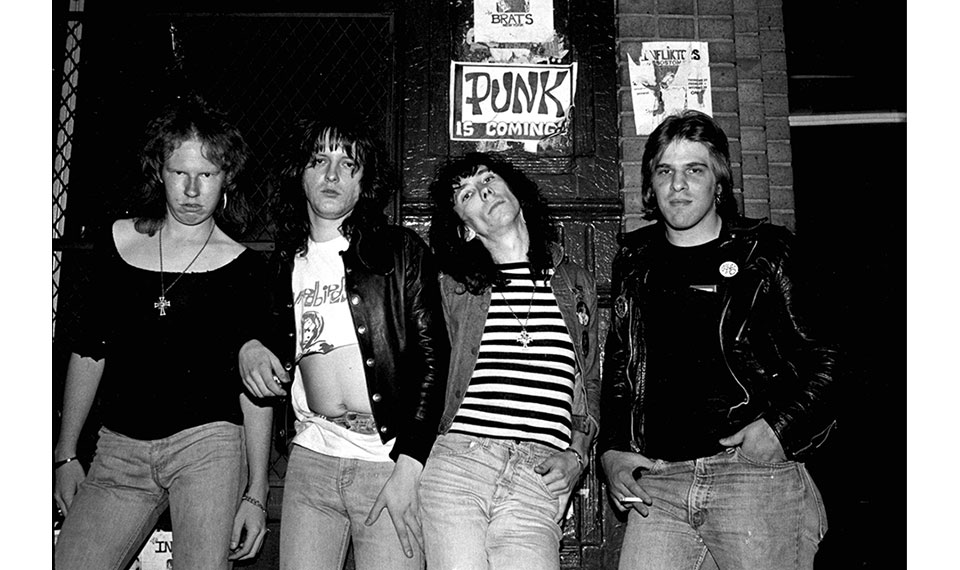 Are there certain staples in the city that you still go to now that maybe existed 40 years ago?

RB: The Ukranian Home Restaurant is still there as it always was. And Veselka, but Velska’s gotten very expensive.

Do you ever feel like living in another place? And if not, why this city?

RB: I don’t know, it’s just a feeling. I mean, I lived in San Francisco, I lived in London, I lived briefly in Paris but New York is just so New York! It’s hard to say what you like about it or where you feel comfortable—but thinking of leaving? It’s just bizarre. I read Kim Gordon’s book, Girl in a Band, and she talks about how nothing is the same in New York and everything’s a bank and a Walgreens. And, you know, she was never a New Yorker. She moved to LA and that’s where she’s from and she feels comfortable there, but I don’t understand why people have to then pretend that they left because New York’s so different. I mean, a real New Yorker stays here and complains.

This interview has been edited for length.