Nomi Ruiz is no stranger to the global stage. The multifaceted talent—she’s a singer, songwriter, producer, actress, essayist, and director—made a spellbinding splash in the late aughts as a featured vocalist on Hercules & Love Affair’s debut album. Ruiz toured extensively with the nu-disco troupe all the while blazing the trail as the first Latinx trans woman to perform at major festivals including Glastonbury. She went on to form and front lauded electropop outfit, Jessica 6, dropping a slew of synthy dancefloor numbers over the years, including 2011’s hypnotic “White Horse,” which has over a million streams on Spotify. But it’d be foolish to pigeonhole Ruiz as just a dance-pop goddess. “Dance music is not the music I intended to express myself with. It is not my first love,” says the Sunset Park native, who grew up listening to hip-hop and R&B, and whose debut solo album, Lost In Lust—released long before her global dancefloor takeover—reflected her formative sonic influences.

Well, Ruiz is returning to her roots on her forthcoming solo album, the autobiographical Hi-Def Femme, out September 22nd. It features the endlessly listenable “Sailing,” the album’s lead single, a magnetically moody and soulful ballad with a hip-swaying melody that showcases Ruiz’s velvety, goosebumps-inducing pipes that have made her a capital-S Star. “I want people to see me for who I truly am as an artist and performer. Although everything I write comes from personal experience, I think my stories in the past have been told through the lens of an alter-ego,” explains Ruiz. “This album is the real me. Raw with no filter. And the fans that have followed me from day one already know that.”

Below, the multi-hyphenate discusses this exciting new chapter in her music career and her “very New York” new album—plus, she reveals her favorite New York City spots.

Can you take us back to your early days starting out in the New York music scene?

God, I’ve been gigging around New York since I was a baby. Trying to break the ice in front of audiences was so difficult because I deal with anxiety, but I knew I had to in order to do the work I wanted to do. I worked at Patricia Field’s boutique where I met some amazing creatives. It’s how I eventually met Anohni and how I eventually got involved with Hercules & Love Affair. New York is really an amazing city for making magic happen when you set your mind to it. I’ve always existed in this sort of intersection between street, art, and queer culture—something that can only happen in a city like New York.

What’s the story behind your forthcoming album’s title, Hi-Def Femme?

Hi-Def Femme is a state of being. There is so much language around identity these days and I don’t necessarily feel I fit into any of it. Hi-Def Femme embodies more of who I am inside and out. It’s my chosen identity. 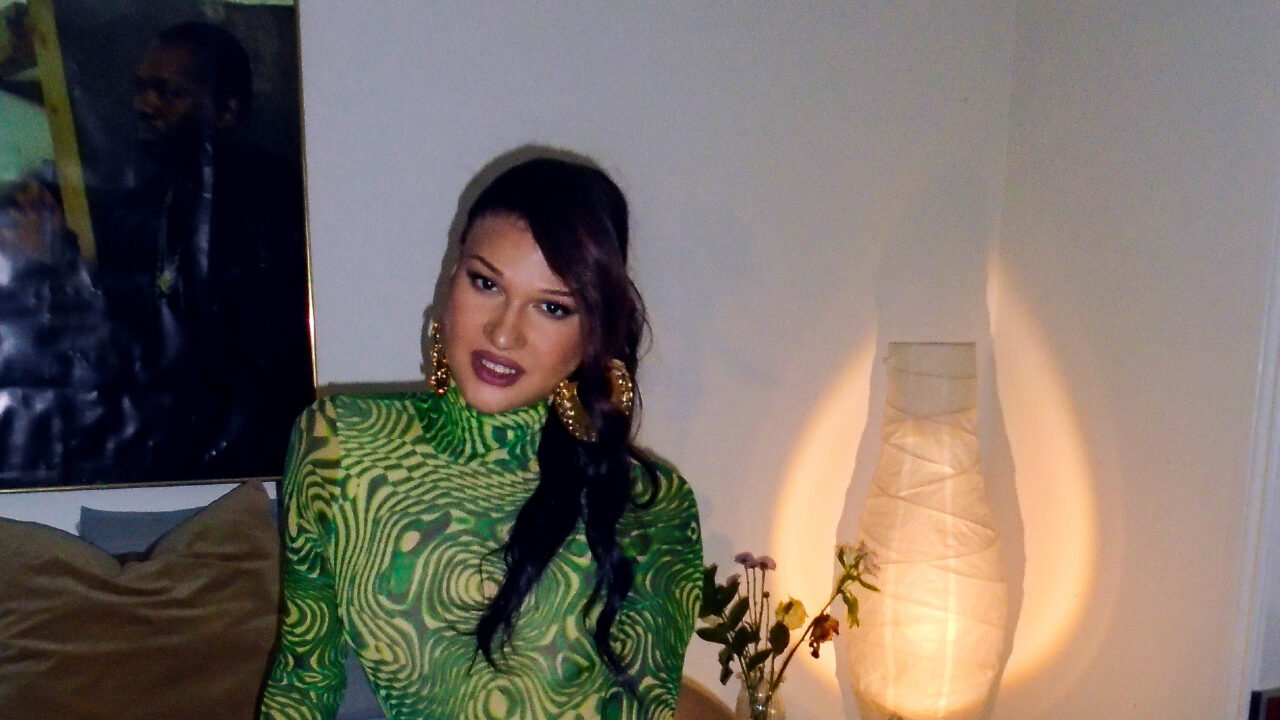 The album is a departure from your dance music. What made you go for a more hip-hop and R&B sound this time?

Hip-hop and R&B are the music I grew up listening to and making. I began my career working with underground producers who usually worked with emcees. I was striving to create a sound that mixed gritty, testosterone-driven beats with vulnerable vocals and songwriting. You can hear the beginnings of that on my first record, Lost In Lust. It took a long time and a lot of work to solidify the sounds on Hi-Def Femme but it was worth it. This is the record I always wanted to create, the music I intended to make a career out of from the jump. Michael Moreno, another native New Yorker, produced the record. He is very inspired by ’70s rock and ’90s R&B, which really comes across on the album. When the songs were written, I got producers Josh Werner and Gintas Janusonis—both of whom are known for their work with Rza and Ghostface of Wu-Tang Clan—to put the finishing touches on all the live instrumentation.

Would say Hi-Def Femme is a very New York-influenced album?

This record is very New York. It’s for the streets. I feel like it’s meant to be listened to on the subway or driving around in a Jeep. When I started writing the songs that are on this record I actually wasn’t thinking about making a record—I was caught in a loop of making dance music and touring just to make a living. But, over the years, I’d turn to a folder of beats Michael sent me to tap back into the music that’s really in my heart. I’d turn to them whenever I felt broken and needed an outlet to express myself. It became a sort of sonic diary for me. Something very private. Then after I wrote a bunch, I started to imagine getting back to the music I truly loved and what that would look like sharing it with the world.

You collaborated with several different artists on Hi-Def Femme. Why did you feel it was important to have a variety of voices on this album?

I wanted to show how my life has been this intersectional experience of the streets, art, and trans culture. Anohni, who opens the album, has been so instrumental in my development as an artist—they have been a sort of mentor and guiding light in my creative life. They showed me what was possible in this industry as a trans woman. My mother and brother are also on the album. They are truly my heart and soul and I wanted people to hear a bit of who I am through their eyes because they really are a representation of where I come from and also shine a light on unconditional love and acceptance.

How has the release of this album felt different than your other projects?

With my other projects, there was a sense of survival behind them. I was thinking about touring and performing in a way where I needed to make a living and be able to play the record live in clubs. With this album, I wasn’t thinking about how it would be received or how I would make some sort of living out of it. I’m investing more in this record because I want to create a beautiful piece of art that truly represents who I am and will live beyond me.

Tell us about the process of writing and recording the album’s first single, “Sailing.”

“Sailing” is maybe one of the rawest pieces on the album. I was living in Greece at the time and was spiraling into a depression. I was having a really rough day and didn’t think I would make it through when Michael randomly decided to send me some new tracks. They were a collection of beats inspired by Black Sabbath. The moment I heard what eventually became “Sailing,” something in me woke up. I was reminded of my purpose in life again – my gifts that I need to protect and share with the world. Writing that song saved me. Even though it sounds dark and I’m expressing sentiments of feeling displaced and abandoned, there is a lot of hope behind it.

You’re a native New Yorker, but you’re often on the road. Where do you feel most “at home” in NYC?

I finally set some roots here in Brooklyn after living my life on the road for decades. I forgot what it feels like to have a home, have all my things in one place, and have peace and quiet. It’s all I’ve ever wanted and all I’ve been working towards. I’m finally happy to have a place to call home in New York City even though I will always be a global citizen. 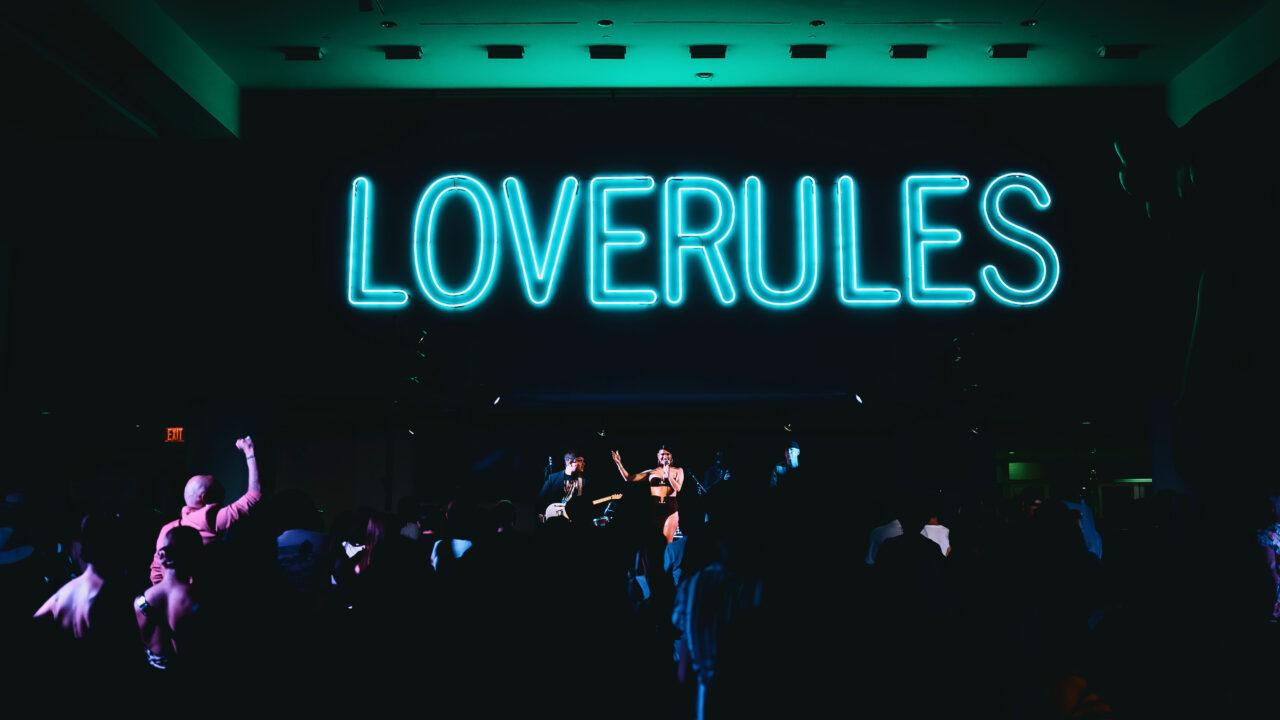 The singer, songwriter, actor, and essayist showcased her upcoming album Hi-Def Femme by playing her nu-disco and electro-pop hits at The Brooklyn Museum earlier this month. Photo Daviston Jeffers

What are your favorite NYC nightlife spots?

I used to love Bossa Nova Civic Club but that burned down. Midway and Maracuja are new favorites of mine. I’m more of a dive bar girl.

Where do you shop in NYC for your killer onstage looks?

I always hit up Knickerbocker in Brooklyn to see what’s happening in the local shops. There’s a place in Manhattan called Mystique Boutique I like to shop at as well. Slut-shop vibes. Everything stretches. It’s fab. I’ve also been working with a stylist named Paris Roman who has started pulling more elevated pieces for me to wear. That’s been fun!

You’ve played all over NYC. What have been some of your favorite venues/shows so far?

I played at the Hammerstein Ballroom opening for The B-52’s once which was pretty iconic. I played Bowery Ballroom which was always a goal of mine. One of the most iconic shows I’ve played in New York with Hercules & Love Affair was at Irving Plaza—it was a very New York moment. I also performed in Pat Field’s house once which was pretty legendary. I recently played in the Brooklyn Museum. So many moments in New York and they keep coming.

What does your ideal day-to-night in NYC look like?

An ideal day is to start off with a delicious brunch downtown at Freemans. I’d probably pick up some vegan cheese at Essex Market while in the area. I’m such a downtown girl that I’d probably spend the entire day walking around Chinatown and the LES, hopping in and out of boutiques and galleries. Then for dinner, I’d have a crab boil at Claw Daddy’s before having drinks at Iggy’s on Ludlow then end up back in Brooklyn at Midway for a nightcap and a fuckboy.

What are your thoughts on it being Pride month?

Pride has become so commercialized I don’t really know how to feel about it anymore. I wish corporations would show support to queer talent all year round. I think we need to start demanding more initiatives around pride that solidify work and media support for trans and queer folk in all areas all year round. Pride for me is a moment where the gates are open to try and implement longer-lasting change.