The actress and Queens native on her early years in the city, working underage at the Mudd Club, meeting Madonna in an elevator, and her hopes for New York in a post-Covid world.

Debi and I met when she was just a kid. She was 16; I was 25. A lot happened during the decades since—hair, makeup, Goodfellas, and a great career—not to mention her 2002 marriage to chef Gabriele Corcos and starting a family. Remaining true to herself and talking that same hybrid, NYC-outer-borough speak, I still remember that wild 16-year-old I met when we were both hanging out all night long on the downtown NYC nightlife scene. Let’s see how she remembers it.

Richard Boch: Hi Deb. I have to say I love that we’re doing this. Let’s talk about where it started. I know you were born in Queens, and 16 years later you landed at the Mudd Club. How did that happen?

Debi Mazar: Well Richard—that is a long story. I’m writing my biography now so the gritty, detailed version will be in my book, but in short, I had to be independent by the time I was 15. I got an apartment on Mott and Houston Street with a roommate. I was always good with hair and makeup so I started doing photo shoots for the Village Voice and other magazines. I also worked briefly as a dental assistant—lied my way into the job but they trained me, if you can believe that. I didn’t last very long. I went to beauty school and sold jewelry for my friend, the designer and stylist Maripol, at Fiorucci. Then got a waitress job at One University Chinese Chance, Mickey Ruskin’s restaurant. That place had the best jukebox! It’s also where I met you, Rene Ricard, Cookie Muller, and so many others.

I liked making money so I asked Mudd Club owner Steve Mass for a job and started out in coat-check with designer David Spada and his boyfriend Wilfredo. Eventually I was moved up to doing the entry to the VIP second floor! I think I was 16—underage and working at Mudd. To this day I think Steve put me on that door because I was so young and didn’t know who the celebs were. I think he was being edgy, artful and ironic. Obviously I did recognize people like Bowie, Debbie Harry, and The Rolling Stones. I still remember the night John Lennon died and everyone came in crying. You and the other guys who worked the door, Aleph and Gennaro, were crying too. 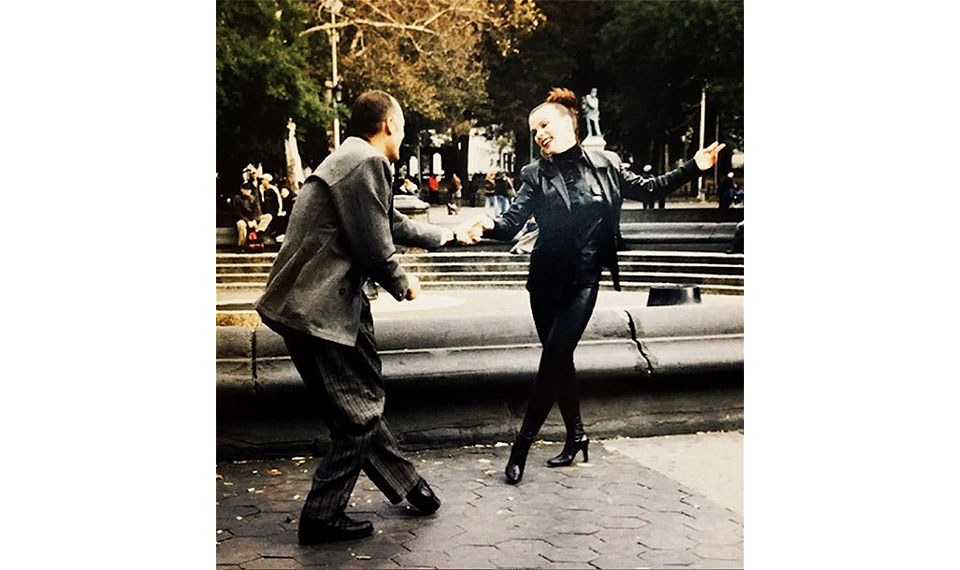 RB: You were always popular. Then Danceteria on West Twenty-first Street came along and you were very much in the thick of things. Tell me about the friendships you made during the club years and how they affected you. Where did you see yourself headed?

DM: When I worked at Danceteria I was an elevator operator, the ancient kind of elevator with a pull-gate and leveler that delivered people to the various floors. The scene was exploding; I sort of knew everyone but was still meeting new people, too. We were a family of artists, musicians, dancers and fashionistas—all types of people that came together in a city still wild and exciting. One person in particular came into my elevator. Her name was Madonna. She was alive and raw and fun and she was trying to get DJ Mark Kamins to play her tapes. She engaged me in conversation and we clicked. I’d park my elevator when it was slow and the two of us would tear up the dance floor. Then before long we started losing so many friends and loved ones to AIDS. I was going to hospices and saying goodbye to friends almost daily. At a certain point Madonna, Queen Latifah, Rosie Perez and I started doing AIDS dance-a-thons to raise money for those in need.

Riding around the West Village in the 90’s Ricky @thelazyhustler always took the best shots of me doing my thing. Did I ever tell you I was in a Biker gang in the 80’s? I wasn’t allowed to join Zulu Nation or wear the beads,even if all my friends did,and I couldn’t join the Dominican BallBuster’s ,as they were rivals and I’m not Dominican🤣 ..So me and @thereallisaleone and a few other (white) girls made our own customized denim vests and rode around the city on our BMX bikes 🏍 ,feeling badass.🤣 #bikerchic #midtownangels @officialdanilohair gave me this hairdoo..I made it last for like 4 days❤️

RB: The service you and the others did was both remarkable and inspiring. Brings back a lot of memories. Now let’s jump around a bit and talk about how nightlife and real life made you the person you are. I remember you sporting a lot of different looks over the years but I’m flashing on an early memory of you wearing a pork pie hat and carrying a saxophone. A few years later it was Uptown/Downtown Hip-Hop B-Girl and before long your own personal style took over which was really pretty glam.

DM: I’ve always had a look. I grew up on welfare and I was that kid who wanted to look like my glamorous mom and grandmothers. I had spent so much time being babysat by my mom’s friends—Puerto Rican strippers who wore fishnets and leopard print outfits and some richer friends that had the Ronnie Spector look with designer threads and go-go boots. I had bad vision early on. We had no money so welfare gave us 1950s glasses. I was doing cat-eye frames and Elvis Costello type glasses by the time I was 10. By the time I was on my own, I was hitting Paradise Bootery, vintage shops and the Twenty-sixth Street Flea Market to find cool threads. 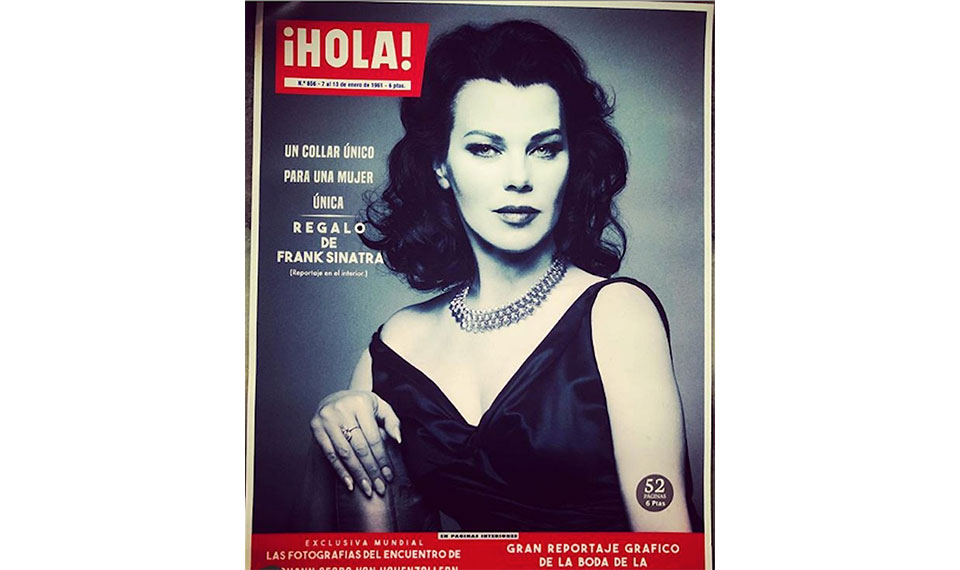 Debi on the cover of iHOLA! Magazine as Ava Gardner, whom she portrayed in the Spanish television series "Arde Madrid."

RB: By the mid-80s you had made it. You were doing hair and makeup, appearing in music videos, and then Goodfellas happened. What was that like?

DM: Well, I did everyone’s hair and makeup—including you, David Byrne, Diana Ross, and bazillions of others, even Andy Warhol. I’d go to his Interview Magazine office; Benjamin Liu, his assistant, would procure the wigs and they were already glued (?) to his head. He’d sit on a chair in the office bathroom, right next to the toilet and I would cut the wig pretending it was his actual hair! He would Interview me while I pulled and cut the wig and trimmed his own fine hair around the edges. We had a deal that I’d do his hair a few times and he would give me a piece of art as payment. He passed before I could collect.

At a certain point, I’d been assisting on hair and makeup for the Opera, the theater, and lots of different videos. There was a moment one day when I found myself in an empty theater—I went on a dark stage and did a monologue thinking I had the place to myself. All of a sudden I heard clapping from the dark. It was the costume gal who said “Debi that was amazing! You should go to acting class!” I got into classes with William Hickey and Uta Hagen at HB Studios and I attended The Actors Studio. I auditioned for Martin Scorsese and that was my real start! I launched my career. 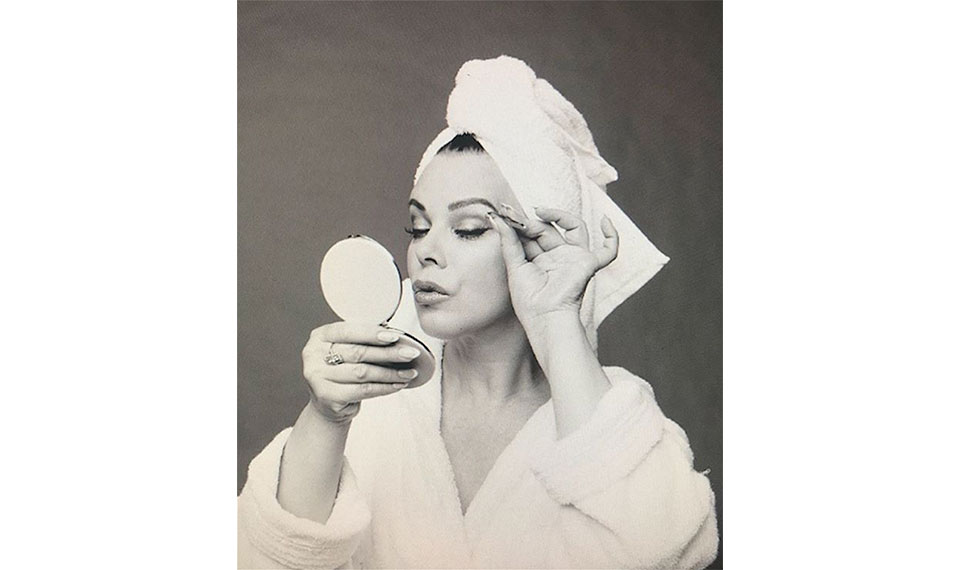 RB: Even though you left New York and lived in LA for a while tell me what NYC means to you both then and now.

DM: I left NYC around 1990 and headed to LA for pilot season. I booked a Steven Bocho show called “Civil Wars.” After two seasons they moved me, and my character, to LA Law. I loved Los Angeles and ended up bi-coastal for 20 years. I kept an apartment in NYC as I was making money and had no kids—yet. I came to NYC every month; working on both coasts and taking care of my grandmas till they passed. I’m a New Yorker for life; NYC is in my DNA. Besides, I’m a dancer—a salsera—and only NYC could give me my Puerto Rican/Dominican/Disco infusion and I’m still very connected to my roots and all the people I’ve lost from AIDS. I’ve always been very invested in my community and raising what voice I have to fight for people. That’s what being from NYC means to me. 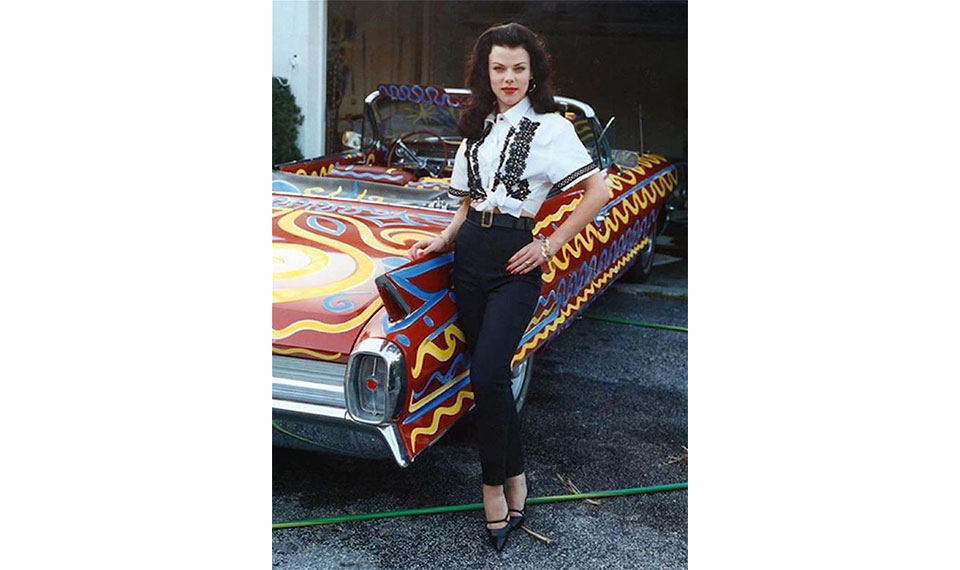 RB: Today you’re living with your family in Brooklyn, and you’ve just about fully recovered from a bout of Covid-19. Tell me what’s next?

DM: What’s next? Well, given we’re living in quarantine times, things here in NYC are grim. I got very sick with Covid but I made it through. My husband and daughters, Evelina and Giulia, hadn’t yet been able to be tested despite having been exposed to me. Today, thankfully, they can get a test. Still, my oldest daughter Evelina won’t have her milestone prom or graduation this year, though my youngest Giulia will finish middle school. In the fall we’re off on a journey to our family home in Firenze, Italy. It’s been a dream of my husband’s and mine for 20 years, and we’d already decided pre-Covid to make this move. We have an 11th century home there. We’ve stayed in Brooklyn for lockdown, so why not go someplace else and start a new adventure? I fell in love in Firenze when I met my husband Gabriele, and I told his mom I’d return him one day.

My work will always be here in NYC and in LA. I’ll work in Europe, too. I speak three languages—English, Spanish, and Italian, but no matter what, I’ll always be a New Yorker.

Today I’m praying we do return to some sense of normalcy. That maybe NYC can take time to heal, regain its sense of cool, and get back to simpler times. Now is a chance to be introspective, do new things; make the soul happy. Change can make us better and I hope our post-Covid world will be a better place.

DM: Thank you. Can’t wait to see you again and give you a huge hug!

Richard Boch writes GrandLife’s New York Stories column and is the author of The Mudd Club, a memoir recounting his time as doorman at the legendary New York nightspot, which doubled as a clubhouse for the likes of Jean-Michel Basquiat, Keith Haring, Debbie Harry, David Byrne, among others. Read Richard’s Locals interview to hear about his favorite New York spots for art, books, drinks, and more.