And so much more… We spent an afternoon with the lauded rocker and got talking about everything from playing CBGB to her idea of the perfect NY day.

If musician Lissy Trullie were to retire today and change careers, she could be the best East Village tour guide ever. (Don’t worry: The lauded rocker is currently in the recording studio.) Trullie was born in Washington, D.C., but she’s lived in New York City—mostly in the East Village—for more than half of her life. At 15, she arrived in New York with her mom and later completed a dual degree program at The New School and Parsons School of Design. You can’t get a BA in bonafide rock star, though. Trullie is a self-taught musician, and her aptly titled 2009 EP, Self-Taught Learner, and eponymous full-length debut released a few years later, both came packed with magnetic, post-punk songs that showcased her arresting, husky pipes. Soon enough, the charismatic singer-songwriter developed a strong international fanbase and attracted massive media attention. Go on and take a glance at Trullie’s rockstar resume: She’s toured with Blondie, Florence and The Machine, Passion Pit, Two Door Cinema Club, and TV On The Radio; TV’s Dave Sitek produced Trullie’s debut LP along with John Hill (M.I.A., Santigold). She’s been shot by renowned photographers like Mario Testino, David Sims, Mark Borthwick, Ryan McGinley, and Richard Kern, posed for some of the world’s top fashion magazines—Vogue and ELLE among them, worked with luxury fashion brands including Opening Ceremony and 3.1 Phillip Lim, and walked for Gucci. She even played Coachella in 2017 as one half of the now-defunct band Zipper Club.

But make no mistake, the East Village was where this star was born. Over the years, Trullie has played every leading venue below 14th Street multiple times, including Mercury Lounge, Webster Hall, Bowery Ballroom, and the iconic, long-gone CBGB. Then there’s the Cass Bird-directed music video for Trullie’s in-your-face indie rock bop, “Boy Boy.” The frenetic visual gives off major love-letter-to-the-East Village vibes—most of the shots were taken in the late, gritty ’n’ great Lit Lounge. A sea of downtown creators feature as extras including Trullie’s long-time friend Chloë Sevigny—basically the face of the East Village for the masses—making a cameo. Perhaps Trullie’s truest (sorry, had to) New York moment came when Sasha Frere-Jones wrote about her for The New Yorker, which was accompanied by an illustration of the musician. In short, Trullie’s our kind of rock ’n’ roll star, and we have a feeling she’s once again going to get the media in a tizzy when she releases some new music.

We recently caught up with Trullie to learn about what she’s been working on in the studio, her experience playing CBGB, what her perfect day in New York City looks like, and how she feels about her friend Natasha Lyonne basing a character on her in Netflix dramedy Russian Doll, which is largely filmed all over the, yep, East Village. We also asked her to gift us with her ultimate East Village guide, which includes where to find the best borscht. Read on for our chat with the sublime Lissy Trullie. 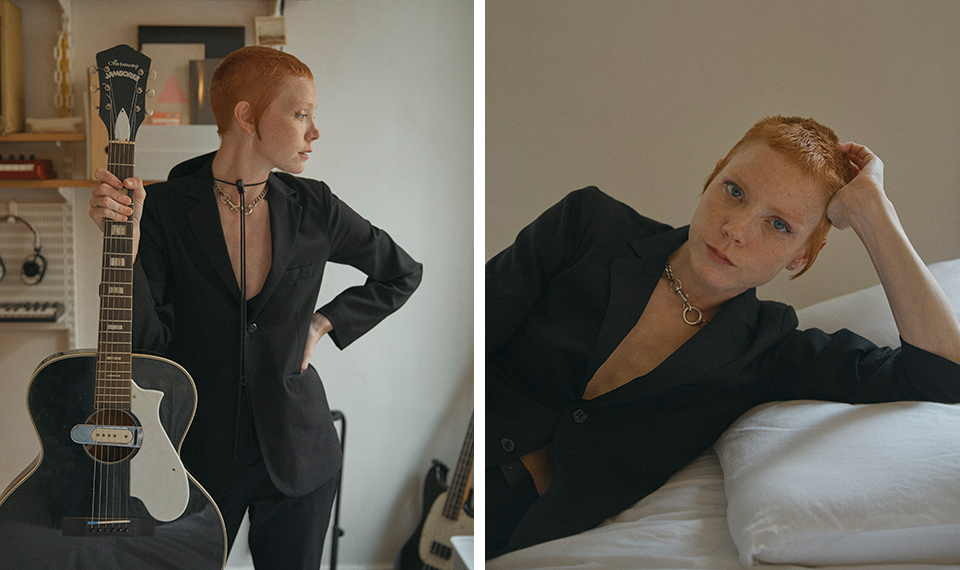 You’ve lived in New York for a while now, but what neighborhood do you consider home? What makes it special?

Lissy Trullie: The East Village is definitely what I consider “home.” I lucked out early on and lived in a place for over 13 years on East 10th Street. Before that, I lived in a few apartments around Brooklyn. It’s crazy to think about, but I ended up living in the East Village for more than half my life. A few years ago, I had to move to LA for a music project and despite trying really hard to embrace my circumstances, I was overwhelmingly homesick for New York, which took me by surprise because I’m used to touring and traveling for long periods of time for work. In the depths of my homesickness, I’d long for seemingly insignificant things I had no idea gave me so much comfort and pleasure until they weren’t available—like being able to pick up borscht from Veselka anytime I had the craving, even if that craving hit at 5am. Or how a good snowfall insulated my block early in the morning making everything feel so tucked in, quiet, and close. Or how the East Village could provide me with so much without having to go very far. There’s unbelievable coffee, food, book shops, venues, art, parks, weirdos, and friends all within reach, but I still haven’t uncovered everything that the neighborhood has to give. I don’t think there are a lot of places like that.

We must get some of your East Village recommendations; favorite food spots? What do you order?

LT: This is a hard one to narrow down, but I’m going to give a few. I already mentioned the borscht at Veselka but there’s also great borscht at B&H Dairy a few blocks down. I love Souen on East 6th Street; I’d have to say my go-to there is the macro plate with a side of cod. And I love Bacaro on Division Street—it’s in Chinatown but I still consider it part of my hood. My two favorite dishes there are the tagliata di manzo al amarone and rise e bisi. 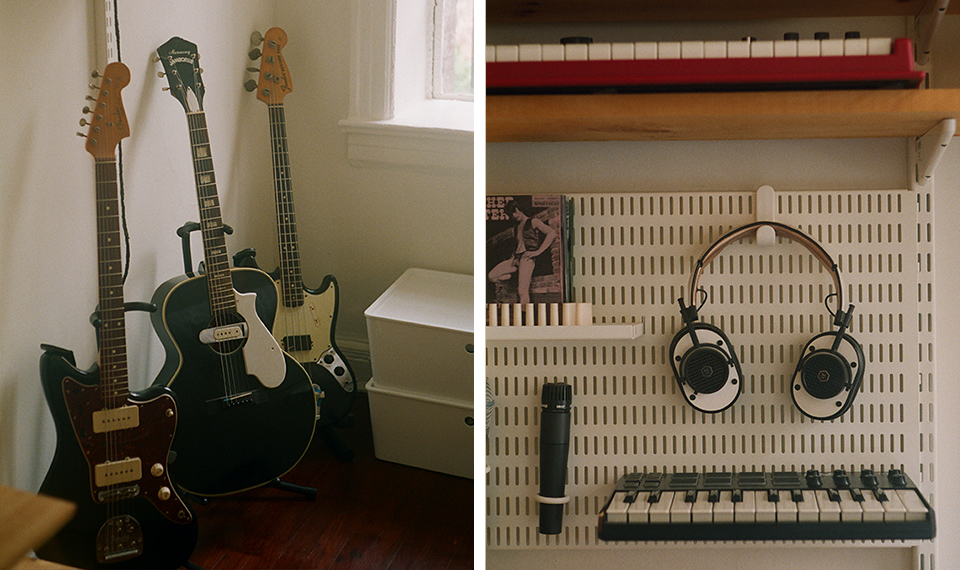 How about cool stores for clothes, records, guitars?

LT: Tokio 7 on East 7th Street is hands down the best for second-hand clothing. Rivington Guitars on East 4th Street is my favorite guitar shop, not just in NYC but on earth. Also, 2 Bridges Music Arts on East Broadway is great. Record stores are rapidly disappearing but 2 Bridges is holding it down and not going anywhere if I have anything to do with it.

Any East Village bars you’re into?

Are you into karaoke?

LT: I’m not a big karaoke guy but I have reluctantly joined in at Sing Sing on Avenue A.

LT: Village East Cinema on 2nd Avenue. It’s an old beautiful theater; it’s really lovely. I also love Metrograph on Ludlow Street. Their programing is above and beyond. 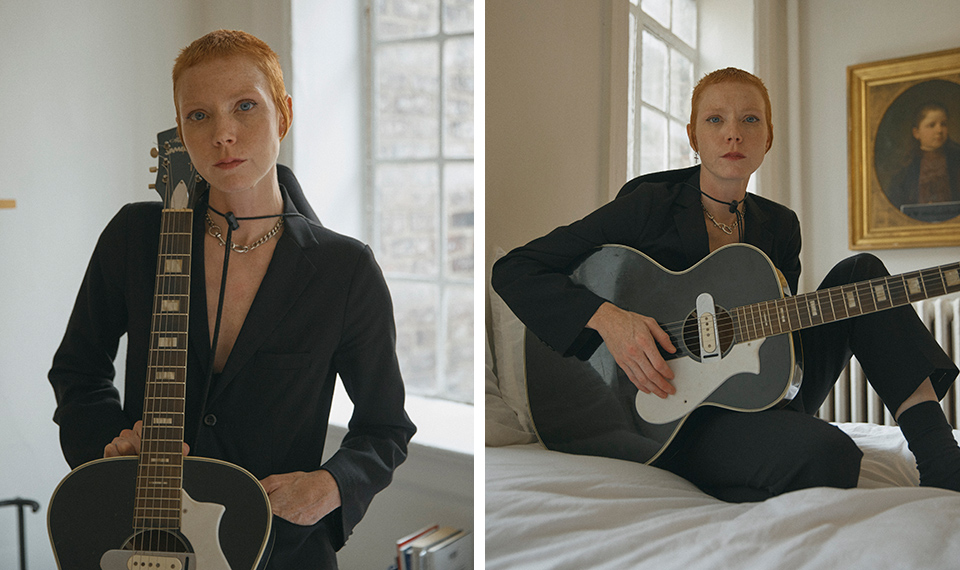 What are your favorite downtown NYC music venues to play? Have you played any that have closed?

LT: I actually got to play at CBGB’s before it closed. It was long before I was doing my solo thing. It probably wasn’t the best show ever; I was very young and had a mishap where my guitar strap decided to literally rip in half, sending my guitar swiftly to the floor causing terrible sounds and feedback. But I got to play CBGB’s so I feel pretty good about it! I always love The Bowery Ballroom, whether I’m going to see shows or playing a show there, it feels like home. I’m really cheating now, but I also love Baby’s All Right in Williamsburg.

What does your ideal day-to-night in NYC look like?

LT: I love the kind of NYC day that doesn’t really happen anywhere else, where you leave your house in the morning to get a coffee alone or with a friend and end up accidentally running into another person which leads you to another activity. Then you bump into someone else after that, which sends you to another place or gathering and so on and so on until it’s late at night and you’ve accidentally had one of the best days in a long time.

Where do you get your art fix in NYC? 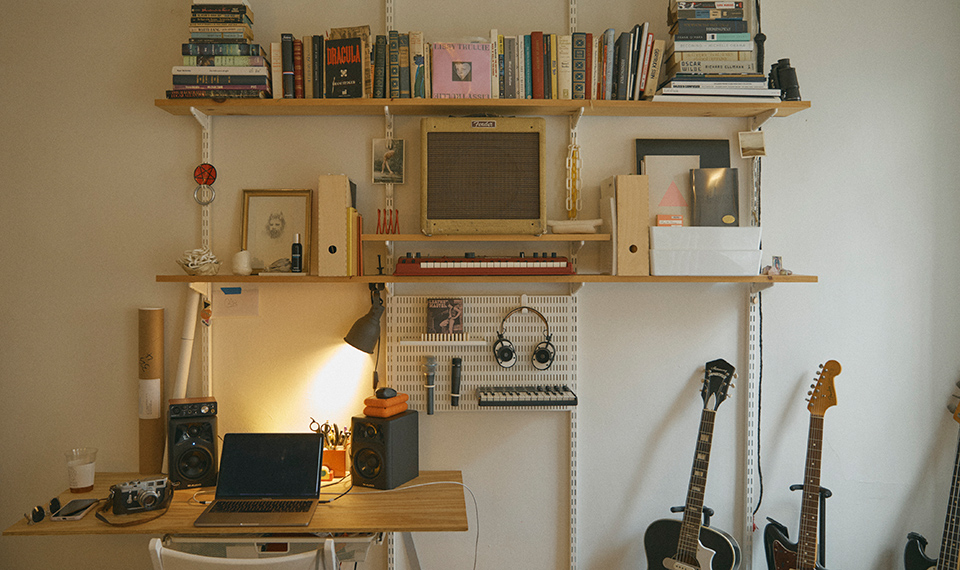 Do you have any favorite NYC artists?

What do you do when you’re feeling uninspired?

LT: I get depressed, think I’m doomed, mope around, contemplate going to grad school for a million different things, then, without warning, out of nowhere something will inevitably distract me and inspiration drops like a bomb and I’m back at it again.

You’re currently inspired and in the studio, right? What can we expect?

LT: Yes! I’m currently working on my third record. There are a few collaborators but I’m going to wait until we start rolling the record out to announce them. This new material has definitely evolved from what people may identify as my previous sound. My other records were far more relaxed, I didn’t edit my ideas so much, instead, the end product came from what naturally happened during the recording process. I was open to wherever the writing took me. This new album is far more rigid. I was very deliberate in what instruments I wanted to use and how I wanted my songwriting process to go. I really wanted to explore the New York City art-dance music scene from the ’80s like ESG, Arthur Russell, Tom Tom Club, Grace Jones, etc. Most of these songs are written from playing my bass or sometimes just a drum pattern. And I purposely steered away from guitars as much as I could. If there is a guitar sound it’s because the song absolutely called for it.

Where did you write the record? Does it matter to you where you write or record?

LT: This album was written all over the place. I started writing when I was on the road with another band I was in called Zipper Club. As well as singing, I was playing guitar and bass in that band, switching back and forth several times during our set. That’s how I ended up writing on the bass. Playing bass in that band was the first time I seriously explored that instrument and I found that it took me somewhere totally new with my songwriting. Everyone in Zipper Club lived in LA; I was the only New York member so I spent a ton of time there and naturally wrote a lot there, too, but I can’t exactly pinpoint where I wrote most of this album. An estimation would be equally split between New York, LA, as well as our tour bus that went all over the country. Writing for me isn’t so much about where but when. If I have a free moment I’ll probably use it for songwriting. 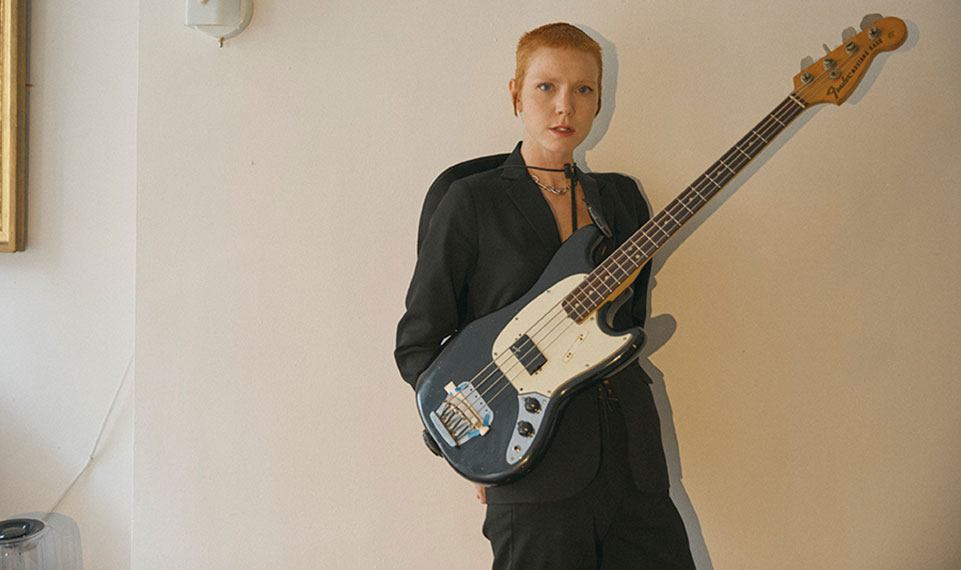 Rumor has it that your friend Natasha Lyonne, who we recently interviewed, based a quirky character (named Lizzy) in her Netflix hit Russian Doll on you—true or false? Did she give you a heads-up?

LT: This rumor is true! And yes, she gave me a heads-up. I actually witnessed the making of Russian Doll long before it was officially in the works. Natasha had been toying with the pilot for a couple of years. However, my character isn’t 100 percent me. It’s a comically exaggerated version of parts of my past. Mostly around the ridiculous antics of my love life, especially when we were in our twenties, and all the weird random odd jobs I’ve had before I could do music full-time.

And finally, what five songs would be on your end-of-the-world playlist?