<![endif]--> We Are New York: In Conversation with Remy Holwick | Grandlife

We Are New York: In Conversation with Remy Holwick

If you’re in need of a hero right now, let Remy Holwick be it. The photographer, director, and activist has devoted her days to cooking meals for New Yorkers in need during this difficult time. Her efforts are part of an ever-expanding meal-sharing program she kick-started in her kitchen around six weeks ago when the stark realities of the health crisis took hold. Remy is also making time for creative outlets, immersing herself in various projects that have been on her mind for a while, now able to be realized.

Here, Remy talks to GrandLife about her meal-sharing initiative, the artists and galleries she’s following on Instagram, and the 47-hour playlist everyone should listen to. She also shares a “science-y technique” for broccoli pasta and a few photos that offer a snapshot into life during quarantine.

During this time, are there any new rituals you’ve found to be grounding or inspiring?

Remy Holwick: When I’ve got the mental space for it, I’m working on a portfolio of artwork grounded in this moment, and as part of that, I’ve started drawing for pretty much the first time since school. After my coffee in the morning, I sit with colored pencils and fill in some space on what I’m working on. It takes me out of this physical confinement and moves me completely into something else—and it gives me something new to see, which isn’t a given in confinement.

When I don’t have the mental space, because this quarantine is heavy, I lie in the bathtub and space out for an hour, and then spread out towels and put on a robe and just lie there and do a crossword puzzle. 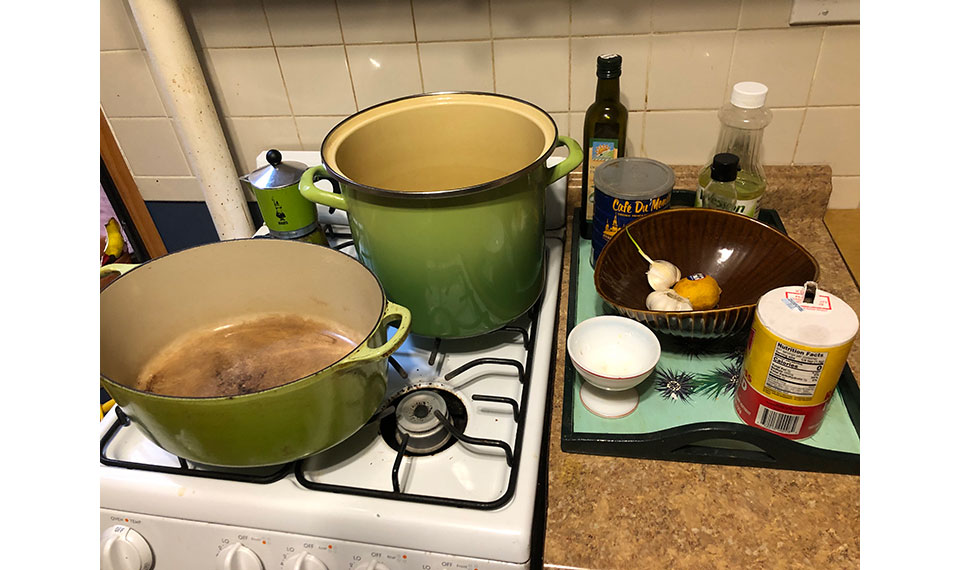 What creative projects or special initiatives have you immersed yourself in in the midst of the health crisis?

RH: I started a meal-sharing program for NYC, and that’s given me a huge sense of purpose. A month ago, I was really frustrated with how many friends were losing their jobs and how little the government seemed to care, so I posted on Instagram that I was going to cook and freeze meals and then give them away, no questions asked. That post went viral, and people started volunteering to do the same and sending money to help, and now we are a big group of home cooks and delivery people and have sent out well over 500 (I lost count at 500!) no-questions-asked, gluten-, meat- and dairy-free meals to anyone who needs a little reassurance in this very uncertain moment. I post our pick-up locations all over the city every morning on my Instagram and spend my days connecting people to them, or sending delivery people if they can’t safely leave the house.

I’m also working on a couple of music videos, a lot of art, and trying to use the time I have right now to try all the creative things I haven’t had the space to do. Nothing needs a reason right now, there are no deadlines, and everything is fair game—and that’s really freeing.

RH: Adam Weiner from Low Cut Connie is doing living room concerts that are so over the top and just really soulful and fun. I’m loving those when I can catch them. He’s one of my favorite live performers right now. “Rio” is a great track.

I’m from Hawaii and I’m also finding a lot of comfort in the local music I remember from growing up—Ekolu’s “Down in the Valley” is really sweet and a total throwback that lightens up the days. I had a solo dance party to Fountains of Wayne “Welcome Interstate Managers” after we lost Adam Schlesinger. When that album came out, it just killed me—and I sang every word and cried while cooking meal-share meals. That was a scene. 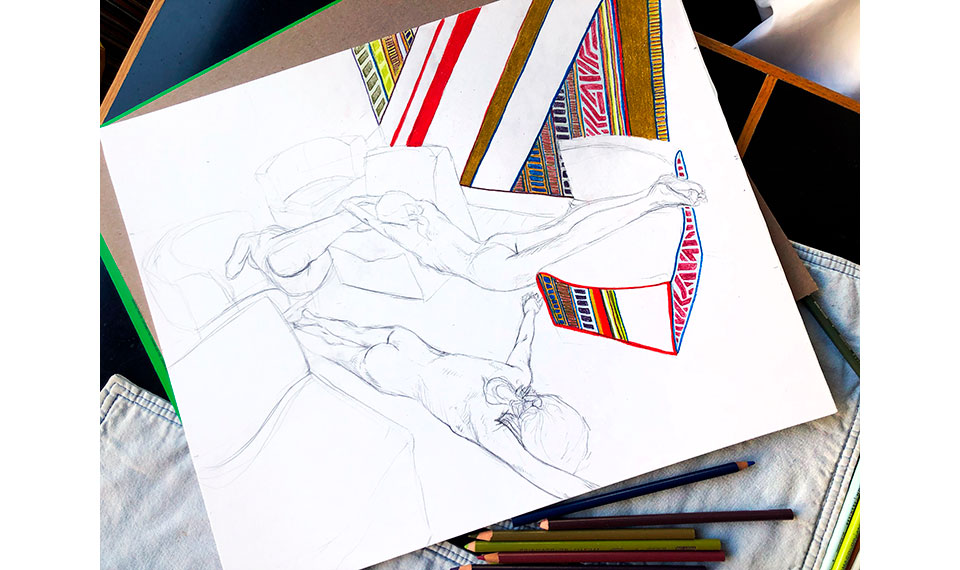 What films or shows have you watched recently that left an impression?

RH: Steven Arnold: Heavenly Bodies went up on Vimeo and it was INCREDIBLE. I rewatched Mad Men at the beginning of the quarantine, and that really held up. I watched all of Nailed It. I really want to make a public access show that’s a cross between TV Party and Nailed It, called Fish Stew Battle, where NYC people have to make fish stew with ingredients provided in a basket and then have their work judged by a very under-the-radar, kind of midwestern-motherly type of woman. It came to me in a dream and I’m convinced it’s a good idea.

Name a few neighborhood spots or local haunts that you miss most right now.

RH: Veniero’s, because I live above it and their black forest cake is my favorite thing in NYC, and because I love places with history, which Veniero’s has tons of. John’s Italian on 12th Street, Prune, Lucien, Raoul’s, Kanoyama, Gem Spa, Superiority Burger, and Cafe Mogador. 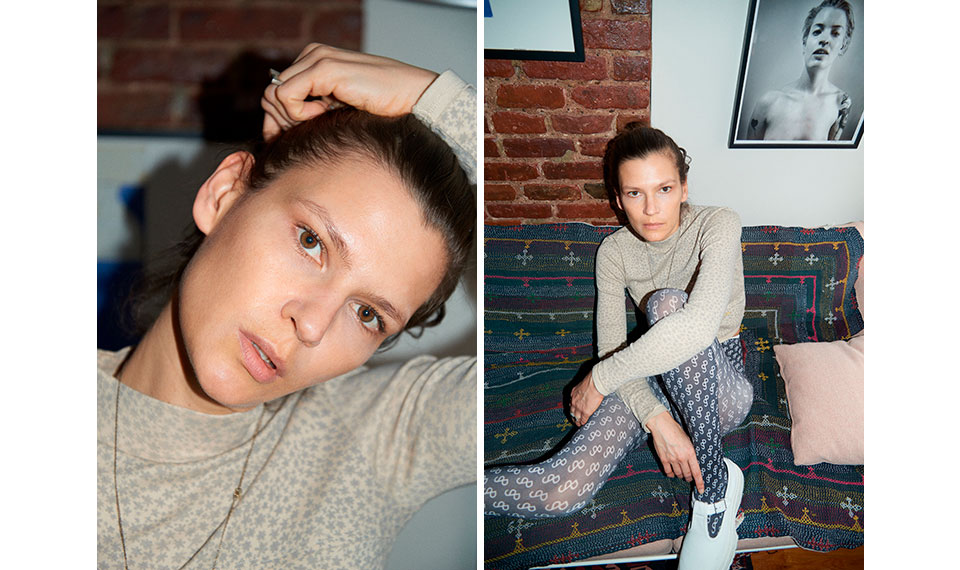 RH: I’m spending sooo much time on Instagram right now because it’s what I use to connect meals to people, so that’s been my art space for the quarantine. Fahey/Klein Gallery always has a pretty incredible Instagram feed. I love Boo-Hooray for NYC pop culture history, and Bed-Stuy Art Residency is a residency run by a couple of friends of mine that gets consistently great artists and has been posting such cool work. OSMOS finally brought their wonderful gallery online after being in the East Village forever, and Tom Sachs has some really solid interactive quarantine programming and live streaming.

RH: I learned this great science-y technique for broccoli pasta that’s super easy and really fun to make, so I’ve been making that a lot.

Mince garlic and a shallot, and sautee in olive oil in a shallow pan.

Dice 2 heads of broccoli, add to the pan along with a little under 1/2 tsp baking soda and salt to taste.

Reduce heat, stir well, and cover. Stir occasionally—the baking soda breaks down the cell wall of the broccoli and it purees itself into a sauce that looks like a bright green pesto. This only takes 10-15 minutes.

Boil a short, curvy pasta (it holds the sauce better) and reserve 1/4 cup of the cooked pasta water. Stir that water into pasta sauce along with a couple more tablespoons olive oil, the juice of 1/2 lemon, and a bunch of shredded parsley. If you like cheese, it’s good with that.

The Union Square greenmarket is still open and has been great with social distancing protocol, so that’s been the best part of my week every week. I’ll go there and get really good lettuce and salad ingredients, and make huge salads for myself that make it feel a little more like spring indoors. 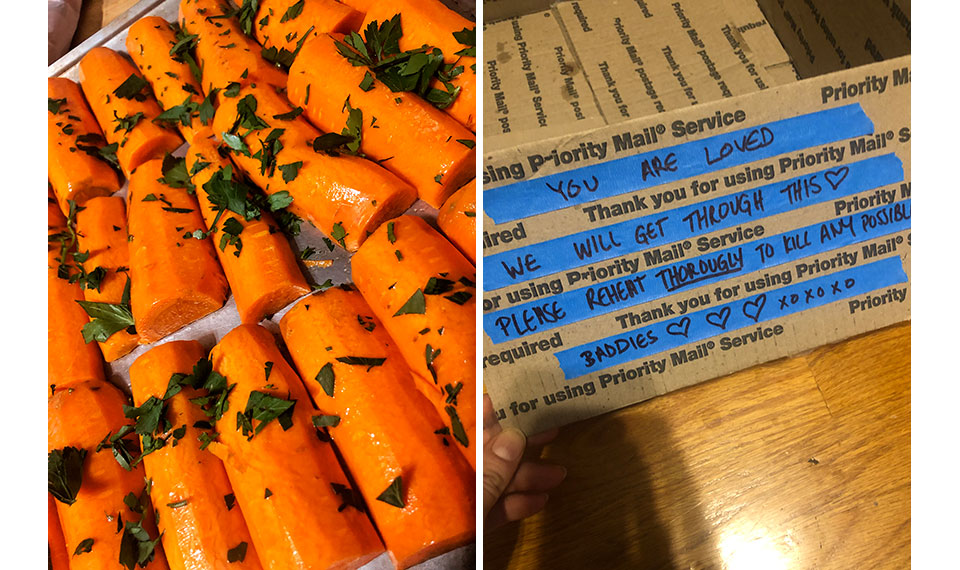 RH: Decoder Ring finally started putting out new episodes, but if you’ve never listened to it (I hadn’t before this week) their Chuck E. Cheese episode is totally amazing. It’s partially about a guy who re-animates old animatronics from the arcade. I spent an afternoon re-reading all the old Gawker culture pieces, and that was actually a lot of fun. Emir Mohseni (from the Muckers) sent me a wild 47-hour playlist called Let’s Get Naked on Spotify and I think everyone needs 47-hours of happy music right now.

RH: It was my birthday this month, and not being able to have a dinner party to celebrate is the thing I’m missing most right now. I wanna grab like 15 friends, dress up, and cram us all at an old diner table for fries and pie, or some older staple like The Odeon, or Raoul’s, and then dance in the Club Room at the Soho Grand (best disco ball ever), or see friends play a show literally anywhere. I miss live music more than anything.

Share a mantra, quote or phrase that you’re living by right now?

Everything Must Go. It’s a mantra for this moment and a strip mall mattress blowout sale. That’s perfect for me.