<![endif]--> We are New York: In Conversation with Emmett Burke | Grandlife

We are New York: In Conversation with Emmett Burke

Emmett Burke is the man we have to thank for bringing Chicago-style deep-dish pizza to New York, albeit a modified version that won the hearts of even the most purist of pizza aficionados. His SoHo restaurant-slash-neighborhood bar has satiated the local community since 2013 and continues to do so with resources being devoted to feeding doctors and nurses on the front line, too. We spoke to Emmett about the gratitude he feels for being able to remain open for takeout and delivery during the Covid-19 crisis, and the music, books, and shows he’s turning to for entertainment, inspiration, and positive vibes.

During this time, do you have any new rituals that you’ve found to be grounding or inspiring?

Emmett Burke: Delivering food to the doctors and nurses on the front line. It’s such a special and unique experience, being able to help feed the people that are making such a profound impact on this world. I am very proud of the fact that Emmett’s has been able to stay open, even if it is only for takeout and delivery. It means that I am able to pay my staff, support our purveyors and inject a little needed oil into this machine. I try to make sure I’m delivering a pizza or out on the street at 7pm each night. The cheers and spirit you feel is overwhelming. 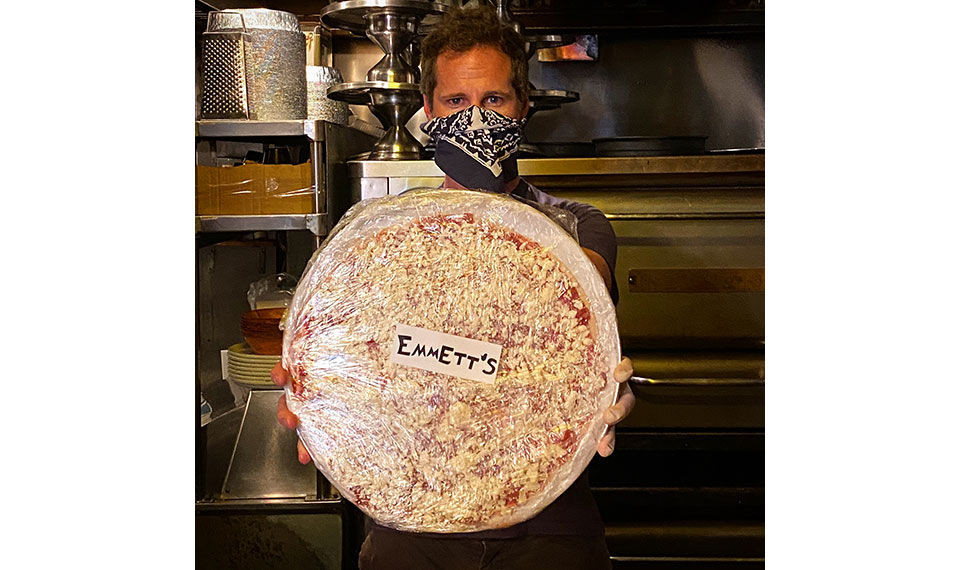 What creative projects or special initiatives have your immersed yourself in in the midst of the current public health crisis? What inspired the project and what did you set out to achieve?

EB: I’m designing our new restaurant on Grove Street in the West Village that was set to open in the summer. It’s a very fun creative process for me. I love thinking about how people will feel in the space, what they will see, what it will mean to them.

EB: Orchestral Manoeuvres in the Dark. My favorite album is Architecture & Morality. Heavy rotation would be an understatement. 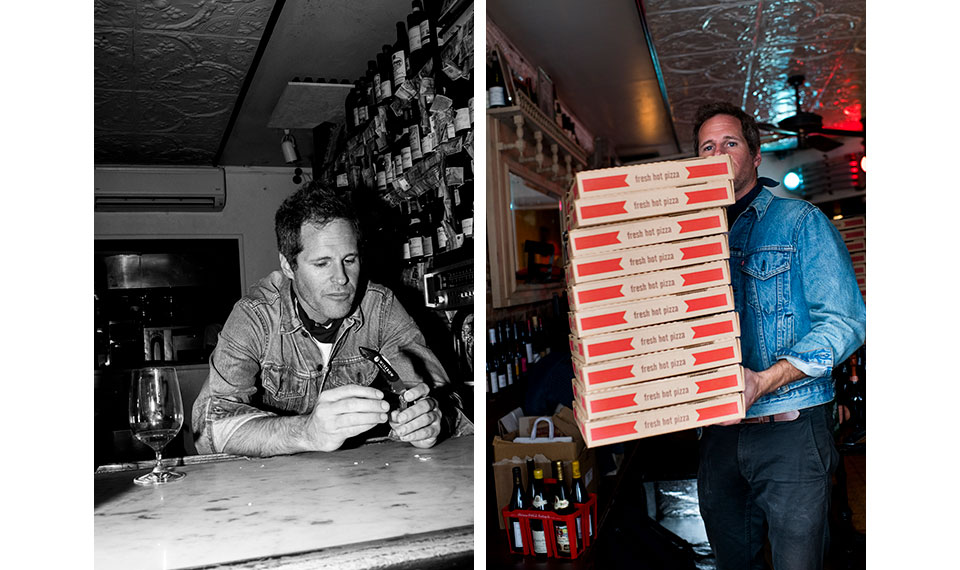 Any films or shows you’ve watched recently that left an impression?

EB: I got into Homeland during quarantine—I’m hooked. And most recently The Last Dance, the story of the Chicago Bulls Dynasty in the ’90s. Growing up in Chicago playing a lot of basketball—having the Bulls and Michael Jordan was like watching the Beatles play every night.

Which neighborhood spots or local haunts are you missing most right now?

EB: Reading and looking through lots of art books; love Picabia, anything from Calder. YouTube has a lot of cool content including old interviews. 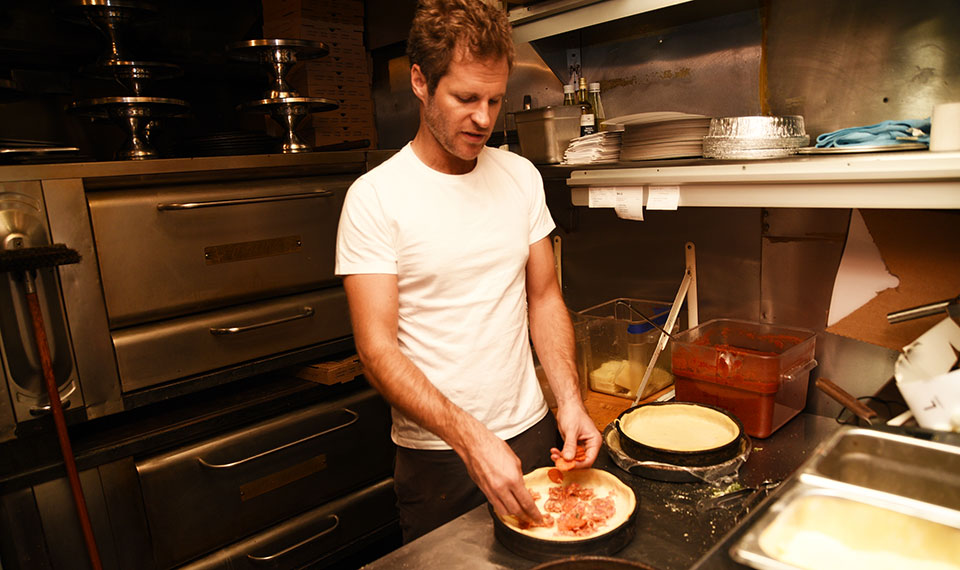 Name a couple of places you’ve been supporting through takeout and delivery and tell us about a dish you’ve been cooking at home.

EB: Hudson Clearwater, Niche Niche, L’industrie Pizzeria, Emilio’s Ballato. I started making meatballs and a bolognese sauce a few years ago; thinking I would like to put it on the menu at Emmett’s. It’s not on the menu here yet, but they are usually both in my fridge at home.

EB: Anything positive. I think a lot of people tend to dwell on the negative aspects of what is going on.

EB: Start at Emmett’s, hang out with our regulars and the people who come through; start drinking and eating with my brothers then out to Bowery Hotel or the KGB Bar—always makes for a fun and interesting night. 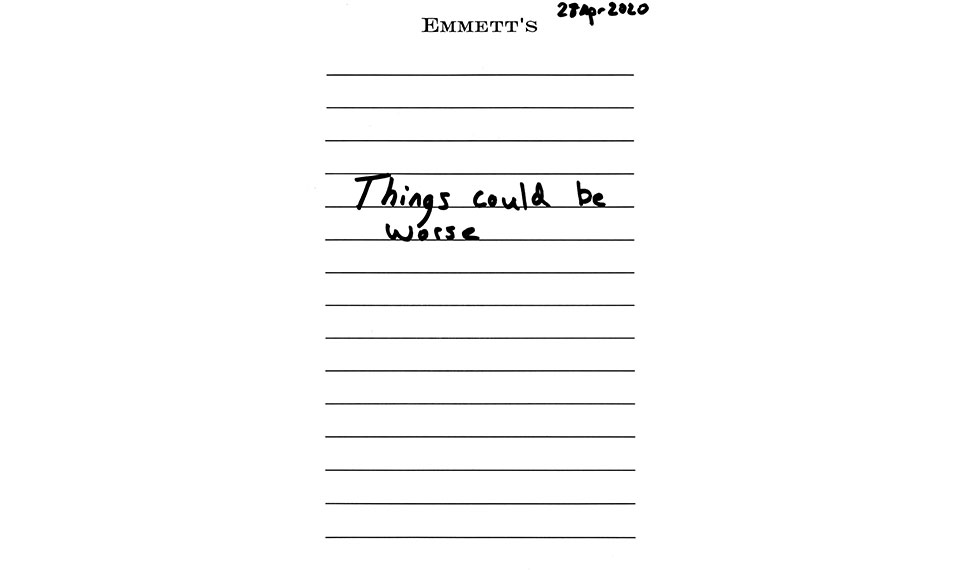 Share a mantra, quote or phrase that you’re living by right now?

EB: As bad as things are, they could be worse.