Two decades on from their first meeting on set for The Face Magazine, the photographer and model talk about pushing boundaries and von Unwerth’s retrospective at Fotografiska.

Ellen von Unwerth’s contribution to popular culture is undeniable, her photographs iconic. Since the late ’80s, the photographer and director has captured women at their most playful, empowered and liberated—whether it’s Gisele Bündchen barbequing in high heels or a kitted up Ashley Smith mid-swing at New York’s Overthrow Boxing Club, von Unwerth’s ability to draw out and capture moments of pure, unvarnished emotion is nothing short of magic.

During a career that spans 30 years and counting, von Unwerth has shot for fashion’s top magazines, launched her own publication, VON, exhibited in galleries from Stockholm to New York, and photographed many of the world’s most beautiful and celebrated women. Model Janelle Fishman is one such woman—captured first by von Unwerth in 1998 for The Face Magazine, again later that year for Guess Who alongside Adriana Lima, and many more times in the years to follow. Two decades on from that first meeting, the two women caught up over the phone to discuss the drive for creative freedom, von Unwerth’s retrospective at Fotografiska New York, and, of course, her favorite subject: women.

Janelle Fishman: I remember one of the first times we worked together—I was 18, and I’d been modeling for five years in a time that was far from the #MeToo movement. It was one of the first times a photographer asked me to take off my top and I didn’t even second guess it, it felt so natural. You seem to have this effect on all of your subjects. What do you think it is that makes people feel so at ease in front of your camera; is it magic? Or does it stem from your devotion to your art?

Ellen von Unwerth: I think there’s definitely some magic in it that helps make people feel sexy in front of my camera—even dogs and cats [laughs]. But also, people love to take off their clothes; it’s a playful, natural thing, not something forced. People feel free and love to perform and get sexy. 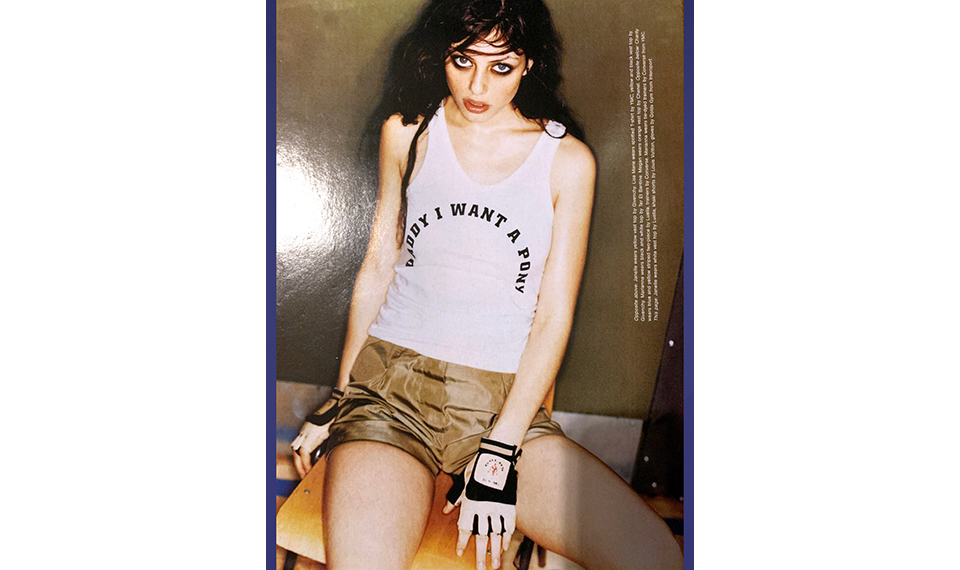 JF: Speaking of devotion and playfulness—tell me about the inspiration for your exhibition at Fotografiska.

EVU: When they asked me to do the show, which was exhibited first at Fotografiska in Stockholm, I was like, What can I do? There’s so many ways to show your pictures. And then I asked, Well, what’s my favorite subject? It’s women. So it had to be about women—women speaking out, women taking control. It was the right moment. I then worked with a curator called Nadine Barth who looked at my pictures and saw all the emotions coming out and suggested that we have every one of the seven rooms show a different emotion, a different feeling, with a different color painted on each wall. That’s how it came together. 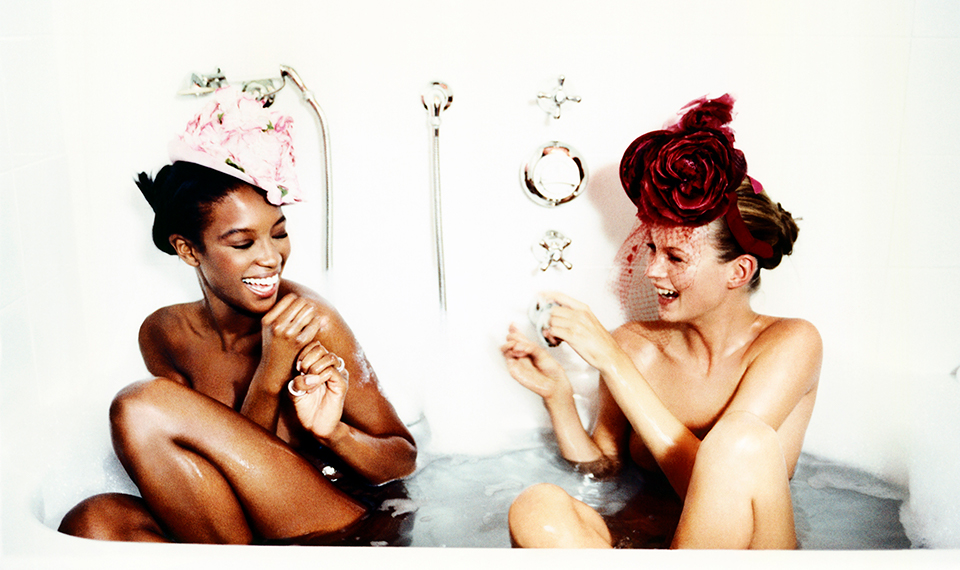 JF: Has it been adapted from Stockholm for the New York audience?

EVU: I had to edit it down 20 percent, which was really hard; it’s easier to add than to take away as you love every picture. I took out quite a lot but added new pictures too because I had just shot for my magazine [VON], and it felt good to include new images and make it more up to date. Also in New York, the rooms are smaller but in some ways it looks better—it’s more intense, more like a playground.

JF: Your portraits show women in a provocative but playful way; is pushing boundaries part of what drives the passion and the inspiration?

EVU: Well, you know I’m a kind of a rebellious character and I love to push the boundaries….I like to give people the freedom to express themselves. I love to bring out the personality and a little bit of the devil, a little bit of something naughty. 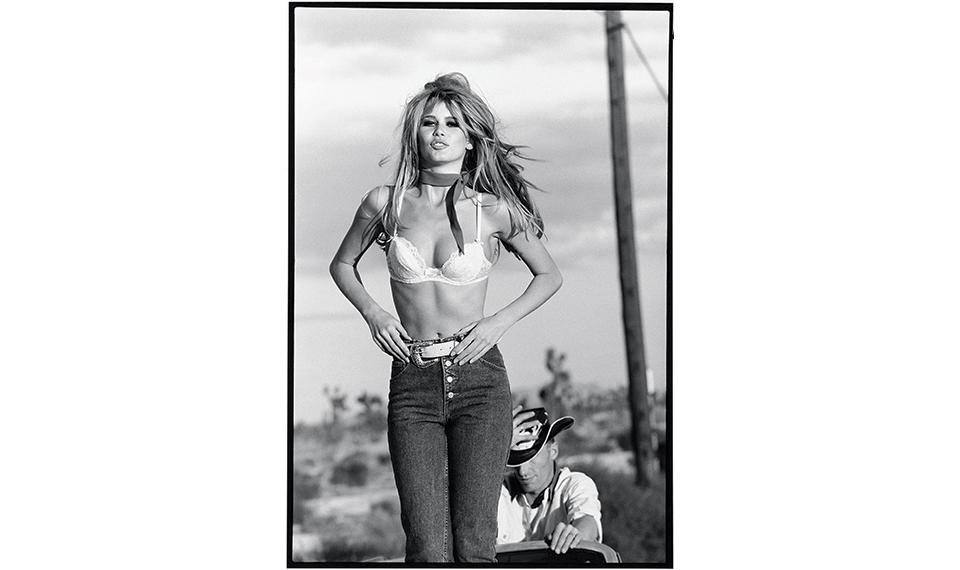 JF: What did you set out to achieve with VON? What was the inspiration behind it?

EVU: There are so many rules these days with magazines—you cannot do this or that, or they wouldn’t choose the best pictures. So I thought, Why don’t I put my money and energy into my own thing so that every page is exactly how I want it and so I can push the boundaries. Because you can’t really do that these days. It is a fun way to push the boundaries and to go kind of punky and dirty.

JF: VON reminds me of The Face and Dazed back in the ’90s.

EVU: Exactly! I also wanted to have the freedom to see somebody and say, “Hey, I want to do pictures with you tomorrow!” Very spontaneous. It’s a fun outlet and hopefully, some of the pictures can one day go into a book or be shown in a gallery somewhere. But mostly, it’s to have the freedom. 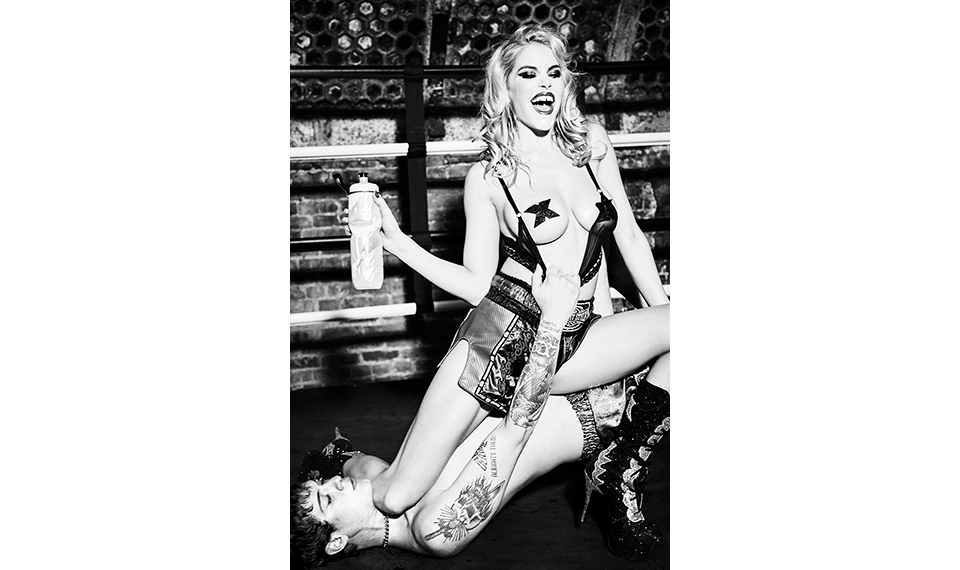 JF: Do you have a favorite photo taken in New York?

EVU: I took some photos with Ashley Smith at the Overthrow Boxing Club next to my house; I  really love those pictures as I took them for VON, and I love that the girls were boxing and working out and looking strong.

JF: You have a cinematic element to your photography; what films have inspired you the most?

EVU: I love cinema from the ’50s and ’60s, mostly black and white films. I love Hitchcock, Fellini, I love the French actresses—Brigitte Bardot, Sophia Loren—the women really inspire me. For my pictures, I always make my girls look like movie stars. 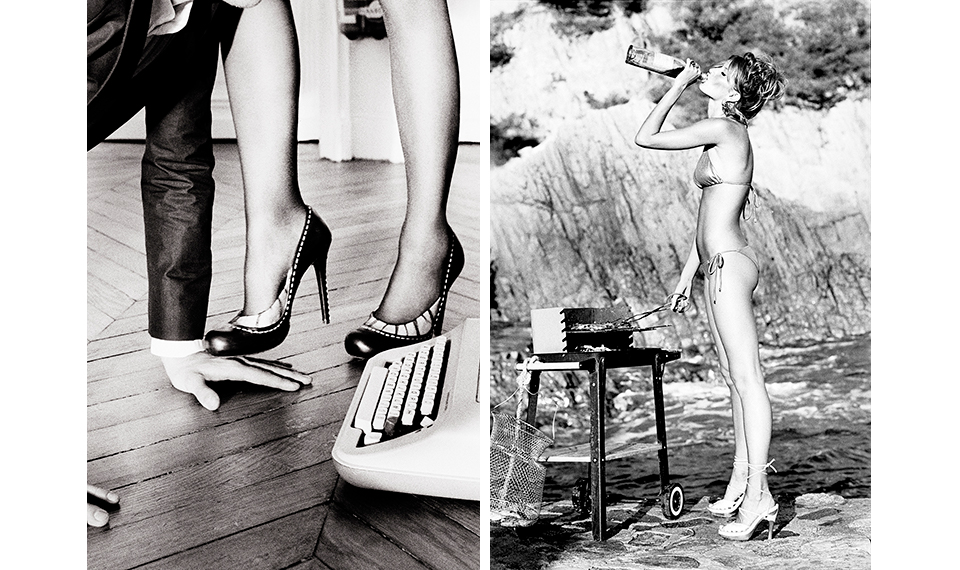 JF: I’ve always felt that working with you is almost like a form of therapy. You have this way of drawing out emotions that we sometimes don’t know how to express in our daily lives but which you allow us to. It’s such an incredible aspect of your photography.

EVU: I’m working on a new book, and planning to do a movie, which we have already started to cast. I was also asked to create a cabaret-burlesque show, so lots of branching out in new directions. Always busy.