Catching up with Cynthia Sley

If you were in New York in the early 2000s, chances are you heard the post-punk revival with bands like Interpol and The Strokes. Flashback to 1979, and there you’ll find the originators of that sound, the Bush Tetras, who are still on the scene today.

Singer Cynthia Sley moved to NYC from Cleveland to pursue her art career only to get caught up in the downtown scene that revealed to her that playing music was her true calling. GrandLife got talking to Cynthia about her new album, upcoming tours and what the city was like back in the day.

What does Bush Tetras mean? I had some funny ideas come to mind: ‘Bush’ being woman, and ‘Tetras’ being four. Can you explain it in your own words?

Cynthia Sley: Bush came from bush babies—small African primates, which we thought were cute, and Tetras came from the neon tetras Laura and Pat had in a tank in their apartment. We loved the way they looked too. We liked the double entendres of tetra/four and bush/girl….But we wanted to mash two animals together because we thought we sounded tribal! 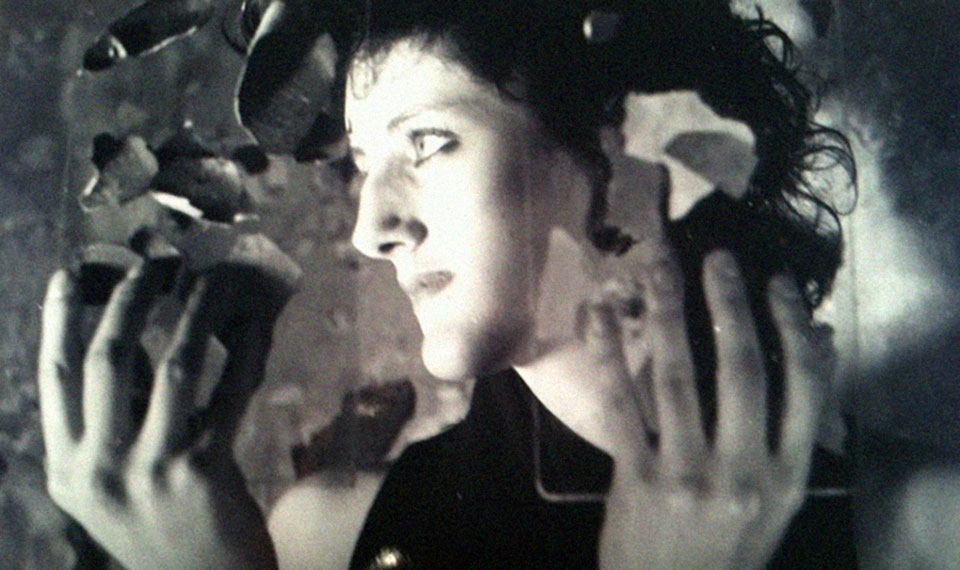 CS: NYC was a real free city then. The rent was low, everybody was doing some kind of art, nobody I knew had a straight job. We were all very supportive of one another. It really was magical at that point in the East Village and lower Manhattan. I still love the East Village, it’s still the city’s most diverse area.

What was the NY scene like for you in 1980 when you released the Bush Tetras debut 7”? Did you play any shows with bands also signed to 99 Records like ESG, Liquid Liquid, Glenn Branca, James Chance?

CS: We played a few shows with ESG. There’s one show in particular from that time that really sticks out….It was Bad Brains, us and Gang Of Four, in that order, at the Roseland Ballroom. I had seen Bad Brains once at CBGB’s and I just stayed in the back because of all the thrashing bodies, but seeing them at a place like Roseland Ballroom was so beautiful. They would play a super-fast one-minute-long punk song followed by a reggae song. It was one of the most interesting things musically I had seen in a long time. I love them and their look, the way they move and their energy. We played, and then Gang of Four—who were at their peak around when “Man In A Uniform” came out. It was just one of those nights. And then there was The Clash…

Yes! Let’s talk about The Clash! You recorded with drummer Topper Headon; how did you meet?

CS: Well, we played three nights with The Clash at Bonds International Casino located near Time Square, which is of course gone now. We met and instantly hit it off with Topper. He had some great ideas about our music and helped us really form the songs that we ended up recording at Electric Lady Studio with him. He was really fun to work with. We also played a lot with Lydia Lunch’s band Eight Eye Spy that had Jim Sclavounus playing drums. Jim was actually a road manager for us for half a tour until he got fired, but he went on to bigger and better things, obviously. Haha!

I’m really digging your new 7” on Third Man Records; how did this come about?

CS: We played in Detroit, promoting the Wharf Cat Records release. Dave Buick was in the audience and we started talking and really got along. We kept in touch, emailing back and forth when finally he invited us to come record in Detroit at their Third Man Studio with Bill Skibbe and Warren Defever who recorded a lot with The Kills. So, we went and tracked all three songs live and in one take. There was some good juju going on.

What is your songwriting process like? Were your songs about anyone in particular?

CS: In the early days, we used to work on lyrics together by cutting up notebooks we had written in and pasting them kind of Dada style.

Bush Tetras just played a record release show at Mercury Lounge and at the Save Tompkins Square Park benefit, do you have any other shows coming up?

CS: Yeah, we have a little Midwest tour coming up in September. We’re playing Detroit at Third Man Records with the Dream Syndicate, and then Cleveland, which I’m really excited for because that’s where I’m from. 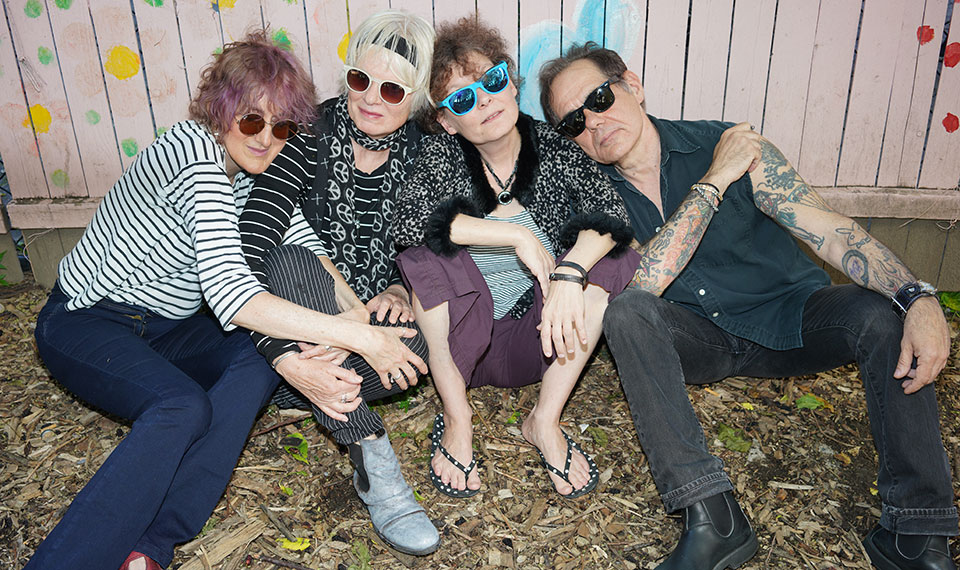 Oh, nice! So growing up you must’ve seen some cool bands like the Dead Boys who spent some time later in NYC.

CS: Actually, yes. I was in art school at the time with Tetras’ bass player Laura Kennedy and we used to go see Pere Ubu, Devo, Dead Boys and Destroy All Monsters at this dive venue called Pirate’s Cove, and we would just dance nonstop. There was a lot of good music in Cleveland then.

Did you have a band in Cleveland?

CS: No, I was just in art school, so I was doing a lot of wild art, film mixed with fashion types of things. There was a lot of crossover happening because I was really into music but never thought I would actually be in a band. That all changed when I came to New York in 1979. My hometown friend Laura had moved before me and she had become friends with guitarist Pat Place. They were working on a band together and put on a show at the Kitchen that didn’t really go over that well. We were all just hanging out after and they kind of talked me into playing even though I had really bad stage fright. We started writing songs and they came very fast. All of a sudden we had seven songs. Crazily enough, that would have been 40 years ago this September.

Do you remember the first show you played?

CS: We played our first show as the Bush Tetras in February 1980 at Tier 3 in TriBeCa. The show was such a spectacle, I think because of the way we looked—but also, we had such good chemistry and I think it translated to the crowd because we played our seven songs and then they wanted us to do an encore. So we played the whole set again!

Wow! And these seven songs were all original material, no covers?

CS: Yes, at this show we played all our own songs. Not so long after we started covering John Lennon’s “Cold Turkey.” We would try to do more covers but it was hard because Pat and Laura were still learning their instruments. So it was all very unconscious, just putting parts together that we thought felt right. We were really not trying to be anything but what we were.

What do you think about all the changes NYC has gone through since you moved here?

CS: We just played the Tompkins Square Park benefit, which is a very worthy cause because some things need to be preserved. New York needs to keep that level of spark. I spent some time in Brooklyn recently and it seemed mostly the same, but Manhattan is so drastically different. I also understand that this is the nature of the beast. New York has always been constantly in transition. I’m sure the older generation in the 70s when we came around would say, “Oh, New York is horrible now!”