No Shame in Uggs: André Leon Talley on NY Fashion

The celebrated fashion landmark on the inclusivity of NY style, his friendship with Anna Wintour, and the cultural draw of Harlem.

Anna, Grace, and André: a Vogue holy trinity we instantly visualize and associate with the fashion and style bible.

Biggest of the three in the literal sense, at a towering 6 feet 6 inches, André Leon Talley has been surrounded by a who’s who of fashion, style and art—we’re talking Karl Lagerfeld, Tom Ford, Marc Jacobs, and Andy Warhol—during a trailblazing NYC career that includes stints with W, Women’s Wear Daily, Interview Magazine, and of course Vogue, for which he served in several capacities since the 1980s including fashion news editor, creative director and, finally, editor-at-large from 1998-2013.

Documentary The Gospel According To André (2018) charted Talley’s humble beginnings in Jim Crow-era Durham, North Carolina, to his arrival in NYC during the ’70s, and the part he played in fashion and its slow but sure (and continued) embracing of African-Americans and people of color. Now based outside Manhattan in suburban White Plains, Talley, whose mind and conversation overflows with knowledge, sophistication, and sass, spoke with GrandLife about New York fashion, Anna Wintour, and his favorite spot downtown. 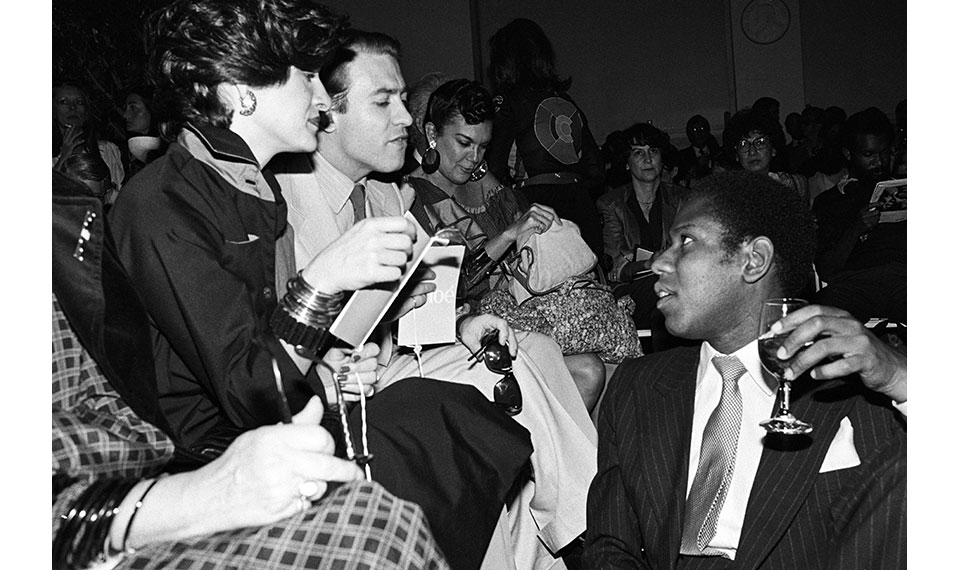 Talley out with friends, c. late 1970s in "The Gospel According to André."

You say, “It’s a moral code to dress well.” Can you elaborate on how you’ve seen bad morals expressed in that regard?

Andre Leon Talley: If I come across someone who is not hygienically impeccable in a public space, I would consider that a lack of a moral code. To be responsible to other people. But I generally don’t see people in public who are not well dressed. I look for the uniqueness in people, not the bad. You can find people who look sloppy, but sloppy is a subjective opinion. What’s sloppy to me might not be to others. Most people in the world present themselves in ways that are fine.

What was or is your favorite era for fashion in New York?

ALT: The 1970s, when I came to New York. The ’70s were wonderful, and the last great moment of liberal democracy in NY. There was a hedonism and decadence that could be very inspiring. There was Studio 54, Warhol, Halston, who made the most dramatic dresses; some were almost like hooker dresses, but they were very elegant and represented a kind of style that one hasn’t seen since the 1970s. The underground Warhol factory and family, the whole idea of Halston in New York, St. Laurent, it’s all very exciting. That was my favorite decade. 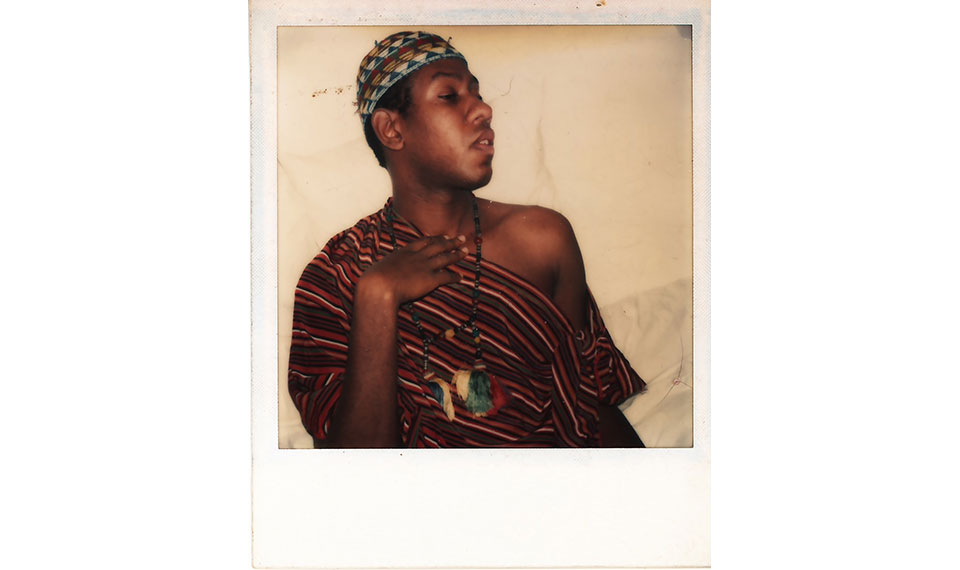 How would you define “New York style”?

ALT: Sophisticated, bold, pragmatic, based in reality, original, strong, fierce, fearless and dramatic. In general, that’s what New York style stands for, but there are so many permutations and levels of New York style, and it can be anyone from Beyoncé to Governor Cuomo, and even Michael Bloomberg has a style that’s New York. Naomi Campbell, the great artist Kara Walker has great NY style; she’s incredible. Rihanna. Even though some of these people aren’t based in New York, they’re considered NY. It’s eclectic, democratic and diverse.

Did UGGs cause a disruption when they arrived from Australia in the early 2000s? They’re considered bedroom slippers down under, and Qantas airlines won’t allow them in its Australian airport lounges!

ALT: Oh, no no no no. UGGs are quite practical and wonderful. People don’t want to put a pair of UGGs on, but once you do you can’t turn back. It’s one of the great moments of style. I live in UGGs, I love UGGs. They’ve become very stylish, there are UGGs stores. People line up and they have all different kinds of styles and varieties. They’re wonderful. 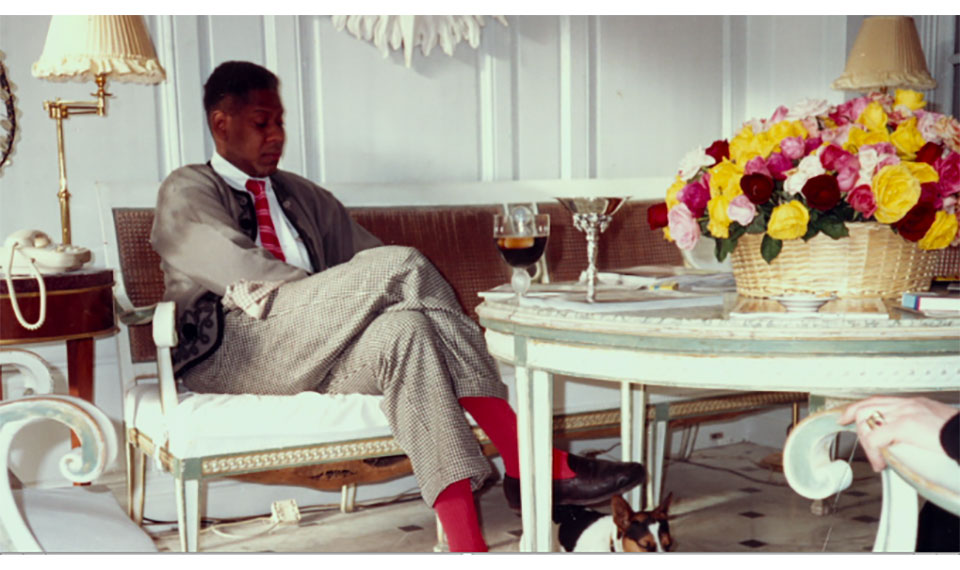 Have any New York Fashion Week shows blown your mind and left a resounding impression?

ALT: Marc Jacobs, Tom Ford, Ralph Lauren. Those are outstanding. Some of the others in the past for me have been some Carolina Herrera shows, although she’s retired. Tom Ford, when he had his first show in New York, it was in his store on Madison Avenue and it was so small and tight. He narrated the whole show, as each model came down, and the models were Beyoncé, Marisa Berenson, Lauren Hutton, all kinds of celebrities. To see Beyoncé walk in his show and Lauren Hutton, there was no ageism because Hutton was a big model of the ’70s! It was extraordinary and stood out for me.

Over the years you’ve had a friendship and working relationship with Anna Wintour. Were the two dynamics, friends and work colleagues, almost separate and compartmentalized, or amalgamated?

ALT: They were aligned—friendship and professionalism, and it certainly worked. It was always a friendship; inclusion in family gatherings, inclusion in private life in terms of her family, as well as at work.

What sorts of things would you two laugh about?

ALT: It’s not necessarily things we laughed about, but moments we shared. Personal moments. Family events, going to fashion shows, it merged into one big thing. It segued from one thing into the other. We might have a laugh or two in the car, but we were always about work and it was a very serious working relationship. I didn’t see my friendship with her about laughing—it was a deep friendship.

Can you share a few anecdotes from the Vogue years?

What about your most memorable Condé Nast elevator encounter?

ALT: None. Elevators need to go up and down.

Next topic! What’s the biggest change or evolution within NY fashion and style that you see today?

ALT: The inclusivity of everyone, of every gender, every age, fluid gender, every sex. Diversity. Complete tolerance and acceptance of diversity. 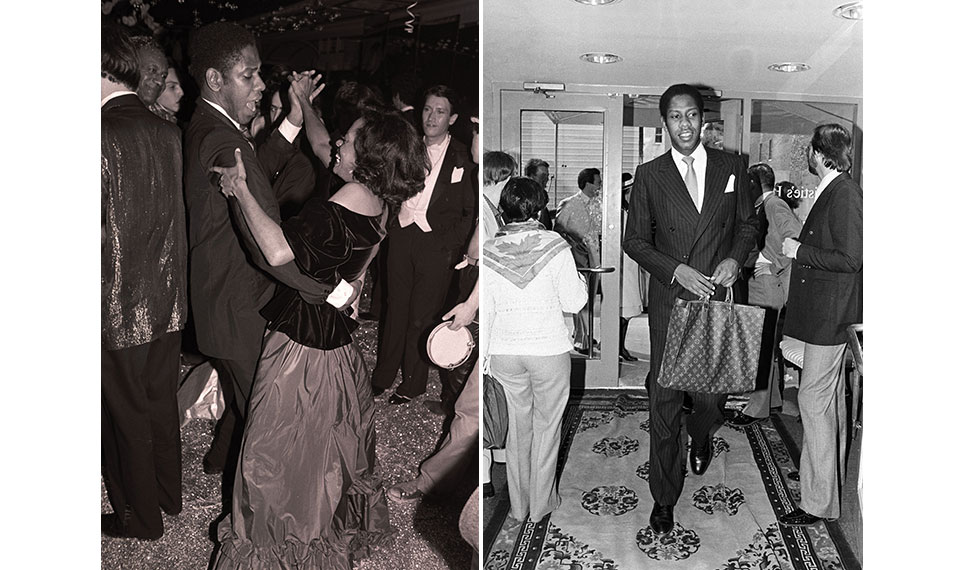 Talley dancing with Diana Ross at Studio 54 in "The Gospel According to André."

ALT: I only Instagram when I have done something exceptional. I don’t just take pictures of my dinners. Only things that are relevant and personal. I just put a post of myself in Lagos, Nigeria [for a premiere of the documentary], and when Karl Lagerfeld died I took flowers and posted them in honor. I don’t use IG everyday. I use it to make a point about something special and meaningful.

Which NYC neighborhood gives you the most inspiration these days?

ALT: Harlem. I like to go to church in Harlem, and I have friends who live in beautiful old houses, row houses, and it’s a community with a rich vibe. It’s got soul. Harlem has soul. The restaurants are good and I think it’s a wonderful place to go and has unique sensations to me.

What about a favorite place downtown?

Finally, over the years you lived in New York, what has the city changed about you or brought to you as a person?

ALT: New York has done nothing to change me. I’m still who I was. If anything, the reason I’m so insulated is, I kept my core because I stay at home. New York has not changed me at all.