In Conversation with Aeon Bookstore Curator and Co-owner Josiah Wolfson

Aeon Bookstore sells a glorious assortment of used books, from literature to art to film studies to the unclassifiable and occult, plus a cozy record section including West African albums. But pigeonholing at Aeon isn’t the point, as curator and co-owner Josiah Wolfson explained on a quiet day before opening. (And in case you’re wondering: the restaurant upstairs, Kopitiam, is Malaysian and delicious—make a half-day of it.)

I could browse Aeon’s collection for days. Where did it all begin?

Josiah Wolfson: We opened in September 2018. My background is in music, but I grew up around books. My dad has an insane 600-box collection. But I started in a record store. I found this really cool poster owned by a musician whose music I really liked. And I started helping him and realized that I had a knack for it. And I’m good at forming relationships with people.

How do you select books?

JW: I don’t really go looking for something. I kind of look against something. I basically always go for something I’ve never seen before or that just looks odd. I have a diverse background in art, music, fiction, philosophy…

You have this uncanny mix of books I want, books I have and love, and books I didn’t even know existed.

JW: Yeah, it’s funny because a lot of people say that! I definitely try to keep the fiction surprising, but then people resonate with it in their way. It’s a mix. I liked Hemingway a lot when I was younger, but, well, you can get him anywhere. So I try to have it be both curated and very broad. I probably wouldn’t have had Patricia Highsmith usually, but then all the people I encounter who like her, also love all the other stuff that I love! So I’m like, yeah, why not. 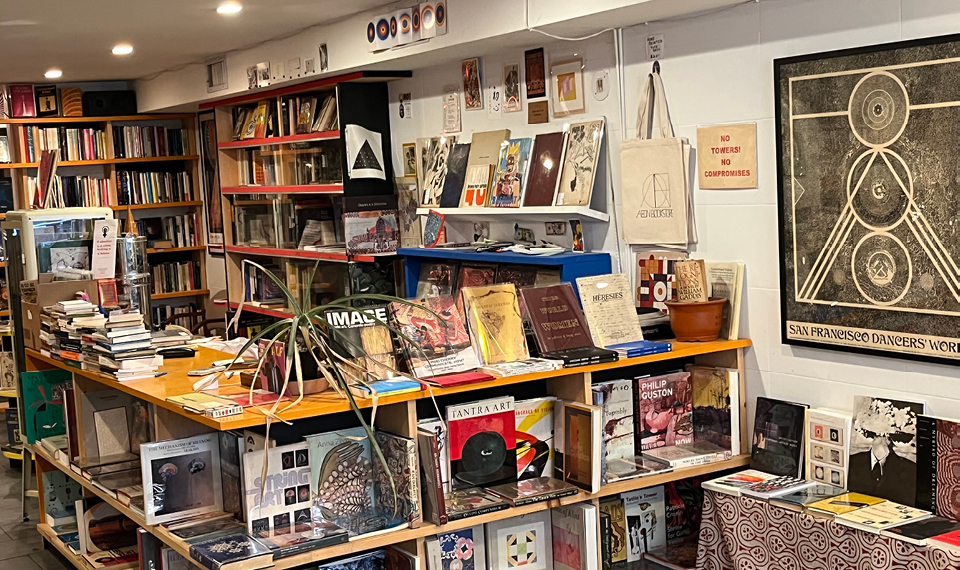 Where does the poster and art on the walls come from?

JW: Everything on the wall came through a book collection I acquired. I like this place to feel like my home. I think there’s an ever-dwindling number of spaces in New York City where people can let out their breath and just relax. I came up in New York playing music, and there were venues everywhere. It was in a time of DIY where you could live in a neighborhood and not even know something exists down the street. Then one day, the doors open and you go in, and somebody’s like, “Oh, yeah, come on in. Here’s a PBR!” And it’s like 1:30 in the afternoon.

What was in this space before Aeon?

JW: The owner of this building had his optometrist practice [upstairs], I believe, and this was a Fujian Chinese restaurant. I lived on East Broadway and I walked by all the time and wondered. So I came in here and I was wowed by how much space there was. They’re now renovating this whole strip of storefronts [down the street], but the pharmacy on the corner has been there forever.

There was an old Rite-Aid over on Grand that just closed.

JW: Oh, yeah, that was the best one! When I was first quitting smoking, I went and I was really confused and out of nicotine. I picked some up, and the cashier was like, “Good for you, honey! I quit 30 years ago. You’re gonna have such a happy life.”

In the back of the store, didn’t you used to do some events?

JW: We did some music shows, jazz and electronic stuff. I did a big charitable pay-what-you-want thing, where I filled the entire room with books and had a money jar in the middle. People loved the gallery room—people loved the steel walls [originally part of the restaurant kitchen]. 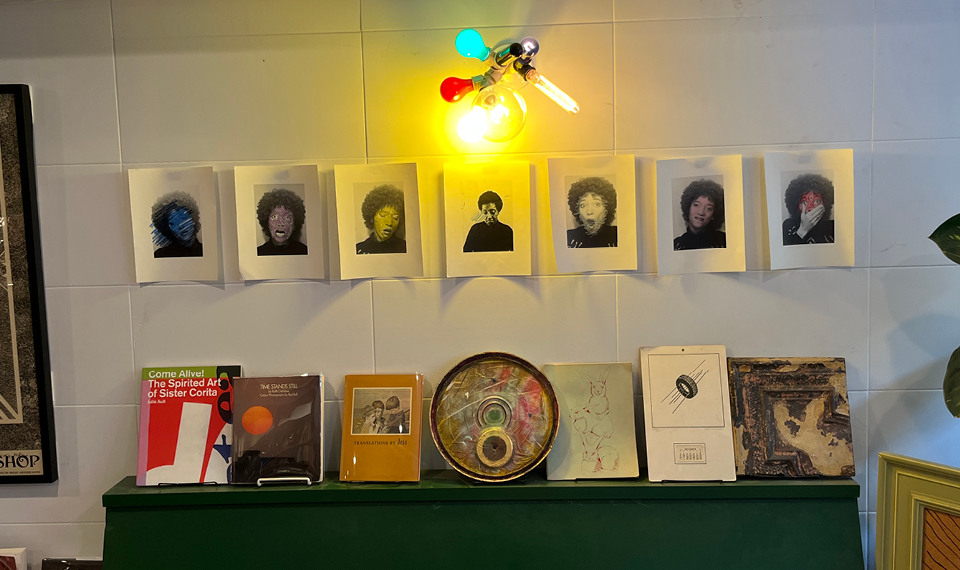 Do you carry any especially rare books?

JW: Yeah. This is the rare section. I mean, I also have stuff I don’t even think it’s worth putting out here because I don’t think anybody’s gonna come in and drop $3,000. But here’s [an edition of] “Time Out of Joint.”

JW: Yeah. From when he’s still kind of healthy, not yet, like, insane.

Where does the store’s name, Aeon, come from, by the way?

JW: It’s a Gnostic term. I never want to be the one to explain… It’s also a segment of time.

The store has a very fine religion and philosophy section tucked in back here.

JW: This honestly is the heart of the store, which is really funny because it seems like it’s an afterthought. A lot of friends have told me, “Why don’t you move it up?” But I want you to want to explore. This is my favorite zone, and it’s clearly the last stop.

JW: Yeah, exactly. [Somebody comes to the front door and peers in.] I tell you, as soon as the lights go on, people come by…

These portrait drawings on the wall near the front are incredible.

JW: Those are by Adrian Piper, the artist. Do you know her? She’s amazing. One of my top-selling books is one she wrote. It’s from a collaborative book project with multiple artists. And it’s pretty rare now. These pages [on the wall] fell out of my friend’s copy.

JW: Oh, it’s all very relative… Dieter Roth is not an unknown artist, but there’s a lot of people who don’t have a clue who he is. Or Arthur Jafa is a known artist, but a lot of people might not know. He’s come in here a couple times. He’s a great, super-nice guy. He’s got a wide range of interests in what he picks up. I kind of love New York artists that are collaborative.

You have a poster for a festival in the 1960s with an insane roster of movie and music people together. You can plot out a whole constellation of culture here.

JW: Yeah, totally. I think this store is me being adamant to maintain that constellation. I don’t have a gimmick. My “gimmick” is, if you don’t come in the store, then you have no idea what the store is like. I want you to feel, how everything influences on one another. It’s like how you look at the sky in a country field at night. Not when you start looking at individual stars, but when you first look up and you’re just like, holy shit, this is vast. That’s what I want. I just want it to be vast like the sky.