Through the lens of a legend: Bruce Talamon Gets The Shot

The iconic photographer discusses his new book, his days in New York City, and what it takes to excel.

“I always thought that someone would tap me on the shoulder and say, ‘You’re not supposed to be here,’” Bruce Talamon, the famed photographer, tells me when we catch up to discuss his new book, Soul R&B Funk: Photographs, 1972-1982. It’s a stunning admission from one of pop culture’s great chroniclers.

Talamon cut his teeth as a photographer in the ’70s, during the golden age of soul, R&B, and funk, photographing just about every icon of the genres imaginable. The always affable Talamon ended up with an all-access pass to the heart of the music scene, catching his first big break after landing a position as a staff photographer at SOUL Newspaper in Los Angeles in the early ’70s, just as soul, R&B, and funk were becoming part of the mainstream. In that capacity, he captured rehearsals and sound checks, recording sessions, and costume fittings, the quiet reflective moments, life on the road, and, of course, the wild photo shoots and memorable performances that make up the bulk of his book. 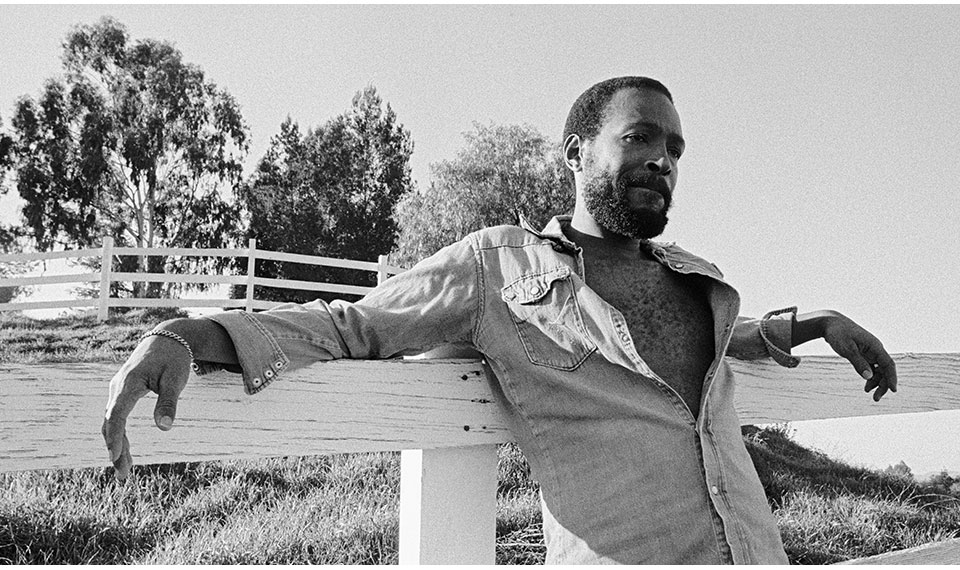 The proof is in the pages of Soul R&B Funk: Photographs, 1972-1982, which includes nearly 300 photographs from ’72 to ’82 culled from Talamon’s extensive archives. It’s a journey through an amazing time, featuring stunning live shots alongside intimate moments with the icons of the period, like Earth, Wind & Fire, Marvin Gaye, Diana Ross, Parliament-Funkadelic, Al Green, James Brown, Aretha Franklin, Donna Summer, and so many more. Talamon chronicles the moment in black music and black culture that was a tipping point in America, when what had been treated as second-class music and art suddenly became the thing everyone was talking about. 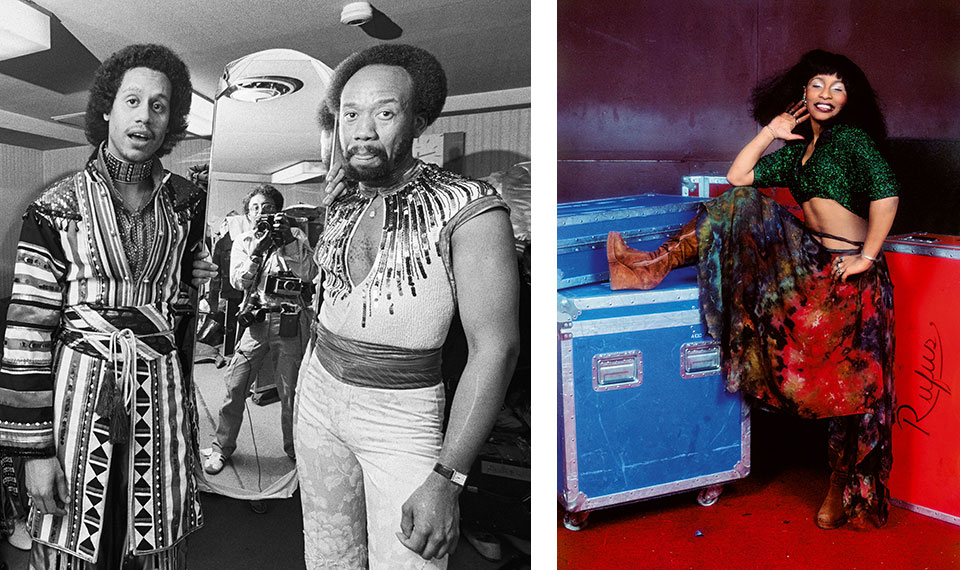 As Talamon says, “These photographs define an era famed for its glamour, fabulous fashions, and utter devotion to the groove.” In fact, the impact of the era is only now being fully realized.

Talamon recalls his early days as a photojournalist cutting his teeth in the trenches of the music business. “My background was political science, sociology, and history. The whole idea of oral history was very important to me in college. So I was just using my tools in a different direction, which was to do a visual document as opposed to an oral document. For me it was important and it was personal because this was black folks’ history. This was our music.” 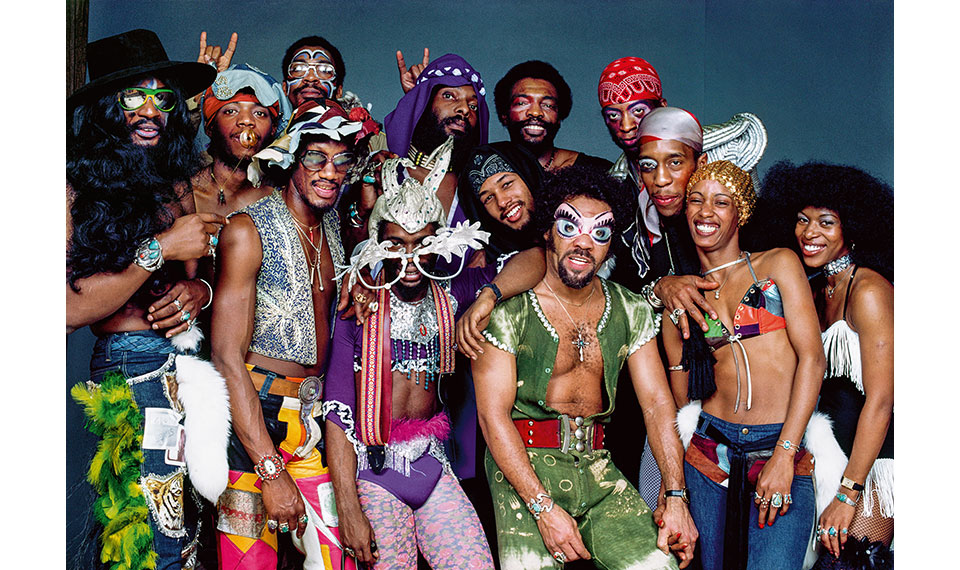 In particular, he cites Arnold Drapkin, the photo editor for a number of years at TIME, who gave Talamon a job at the magazine in November of ’83. “He assigned me to the Jesse Jackson campaign in ’84. I was out on the road for six months on that shoot, every day. One day I was back in New York, and we were in his office. It’s me and him in his office, and he’s asking me, ‘How’s it going? How’s everything going?’ And at the end of the conversation, he says, ‘There’s no excuse for not coming back with the shot.’ Real simple. There it is. That’s it. There’s no excuse. If you call yourself a professional, then you better come back with the shot. Or else go somewhere else.” 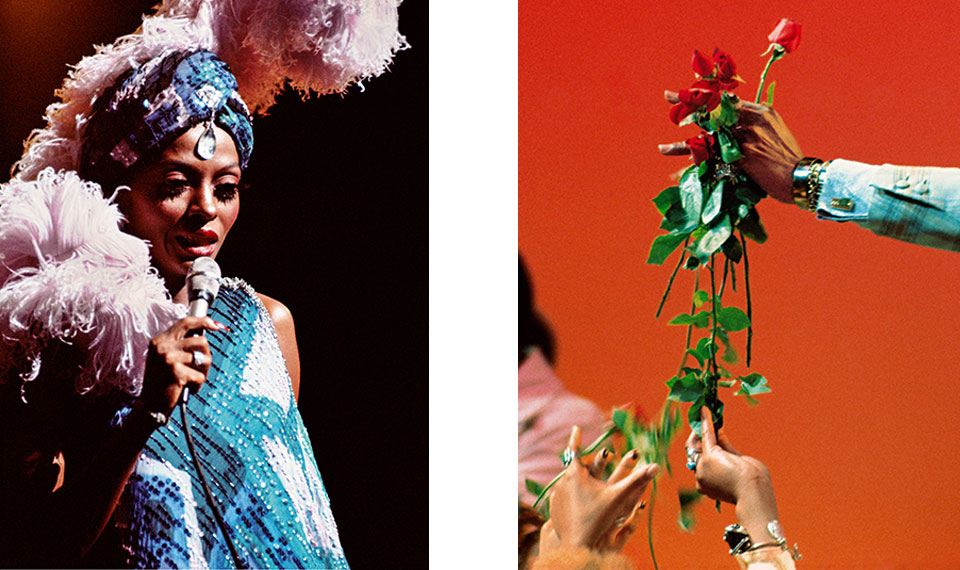 Diana Ross performing in Los Angeles in 1976; Al Green’s personal touch during live performances only added to his sensual persona.

“I shot David the same way I shot musicians,” Talamon explains of the remarkable shots of the artist. “I thought he was amazing. Those body prints? Brilliant. After he left Los Angeles and went to New York, I’d photograph him whenever I was in New York. I wish I had done more in New York, but David is like a spirit. You might not even be looking for him but you’d find him.”

After establishing himself in the music world, and getting to know Hammons, Talamon made inroads in Hollywood, shooting stills on film sets and photographing official movie posters. Meanwhile, Talamon and Hammons stayed in touch and remained friends.

Talamon also documented Eddie Murphy at Madison Square Garden, throughout the “Eddie Murphy Raw” comedy tour, during the filming of the movie Boomerang, and was the official photographer at Murphy’s 1993 wedding to Nicole Mitchell at the Plaza Hotel. “I had shot Eddie together with Richard Pryor and Redd Foxx for the cover of Ebony in 1990, which was an amazing experience,” Talmon recalls. “So we were comfortable together. He trusted me. That’s how you get those calls.” 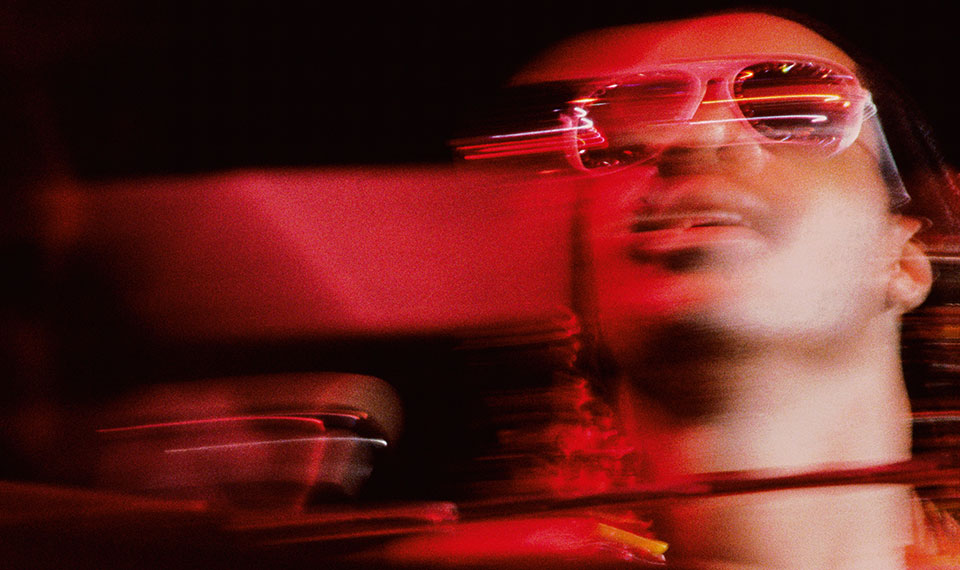