From 1978 to 2008, artist Jane Dickson lived and worked in Times Square, a neighborhood long known for its myriad attractions, neon carnival lights, and peep show culture. During this time, she photographed her daily life with the intention of portraying these moments in her work. In the years to follow, Jane’s paintings of Times Square would be exhibited in New York’s finest galleries including The Met, the Whitney, and the Brooklyn Museum, among others. Here, the artist shares a portrait of New York in the ’80s, captured in the streets around her then home.

Jane Dickson: As a painter, I carried a little camera all the time to capture the extraordinary things I was seeing so I could paint them. This was the view (photograph pictured above) looking east from 276 West 43rd Street where I lived from 1980 to 1992. It was an office building zoned for demolition as part of the pending Times Square redevelopment plan, which went into action in 1993. The building was zoned for theater-related businesses, acting studios, and such. My boyfriend was looking for office space for Wild Style, the hip hop film he was making. I was working at the Spectacolor sign at one Times Square down the block, so I had seen the sign saying lofts for rent. We lived and worked there. The landlord didn’t really care because he knew the state would evict us when they were ready. 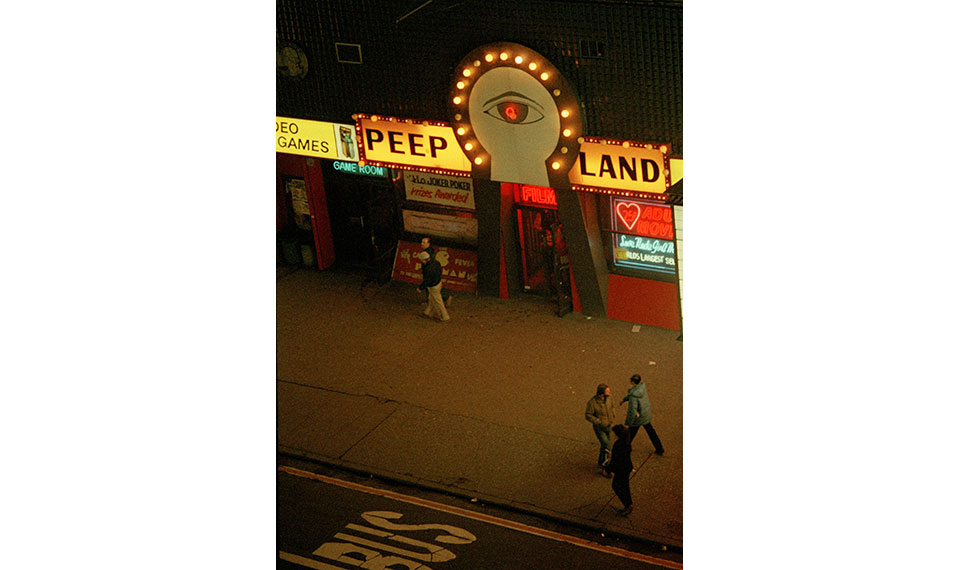 JD: In 1981, I rented a small office studio to paint in because the film production office was too crazy for me to work in. It was around the corner on the Deuce, 42nd Street. It had been a blood selling clinic near Port Authority. The city had just closed them all because of AIDs. Drug dealers in the lobby chanted “coke, speed, valium” every time you went by. My new studio was on the third floor with big picture windows. Show World was right across the street. 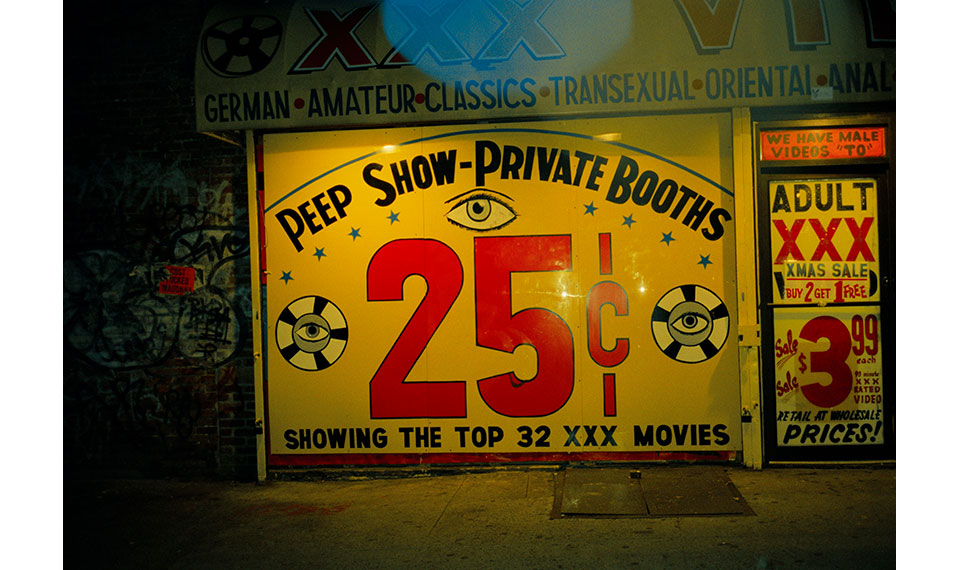 JD: What a great sign! I don’t remember exactly where in Times Square this was. 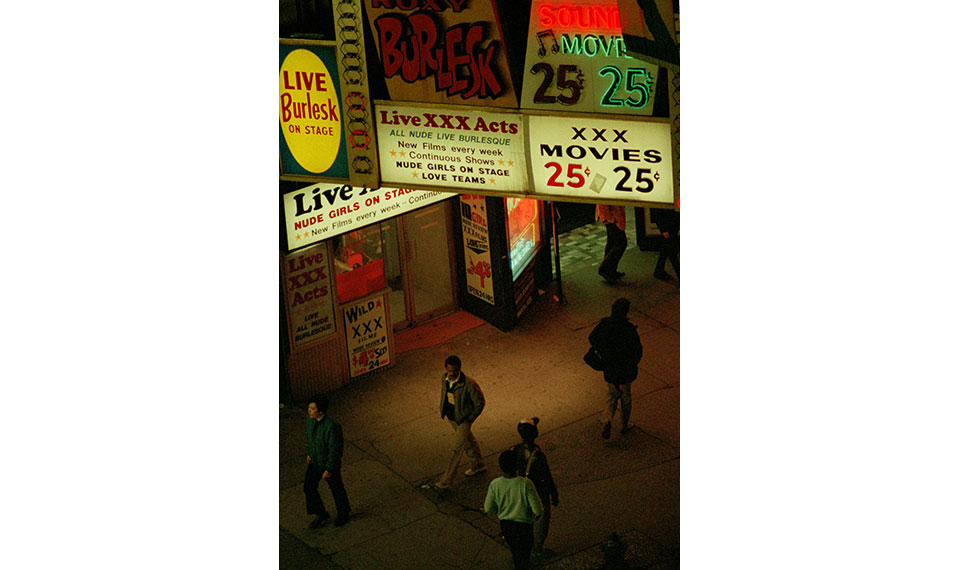 JD: Live Burlesque was next door to Peep Land. 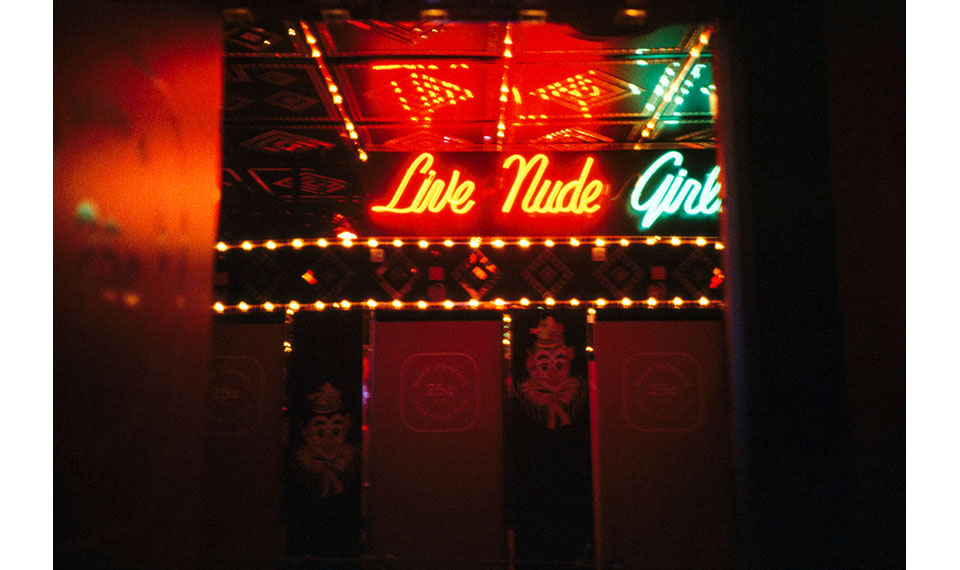 JD: Sign inside Show World, on the way to the peep booths. 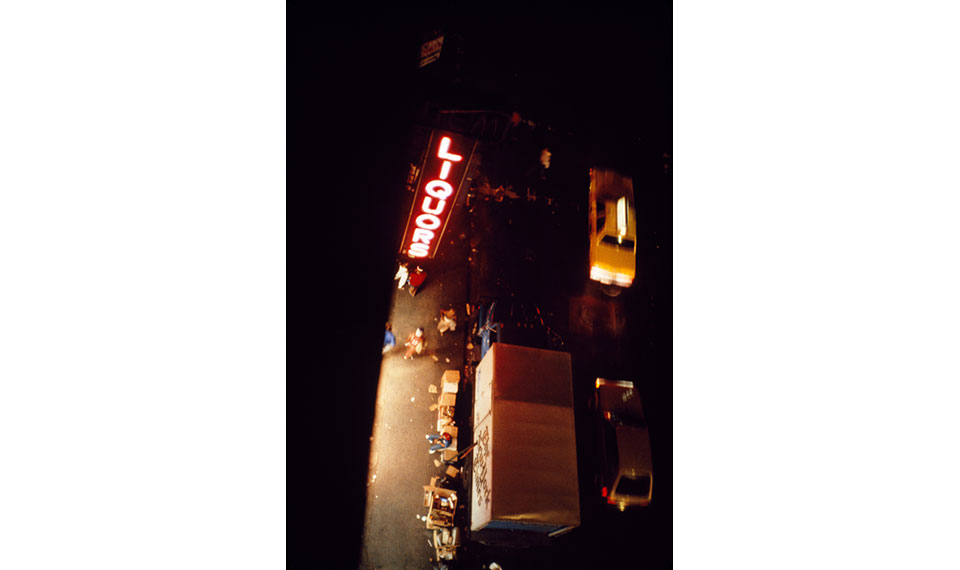 JD: This is the view from our sixth-floor bedroom window on 43rd Street. It was sooo noisy all night every night. The New York Times building was across the street. They loaded trucks with newspapers all night and the voguers from Sally’s Hideaway next door partied on the street ’til dawn.