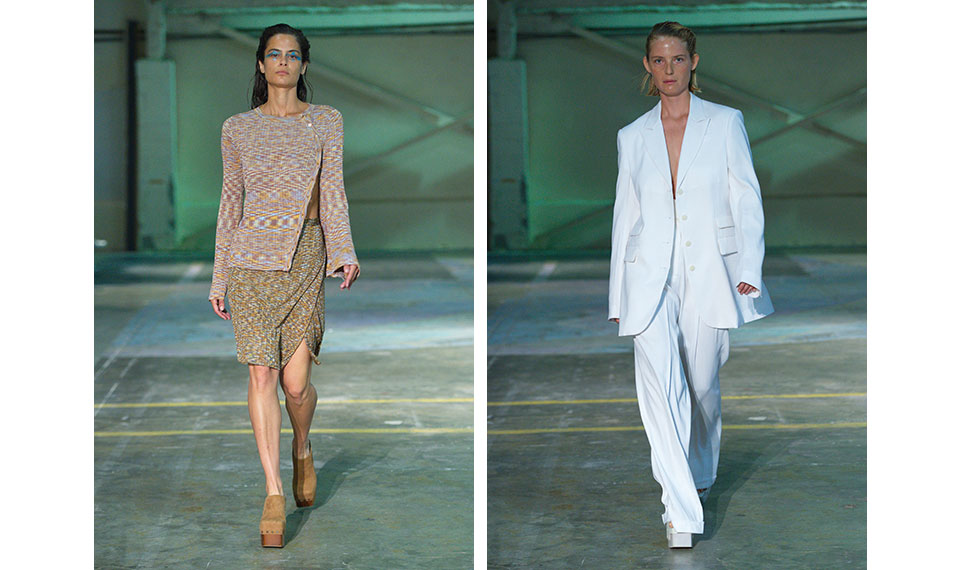 The designer duo met at the Rhode Island School of Design where Latta studied textile design and Eckhaus sculpture. Eckhaus worked as an accessories designer at Marc by Marc Jacobs and Latta was a knitwear designer for Opening Ceremony before the pair joined forces to launch their label at NYFW in 2013. Eckhaus Latta swiftly gained prominence for their gender-neutral designs and casting non-models of all ages, shapes and sizes, including artist and musician friends, in their shows, which are often held in out of the way warehouse-style spaces in Brooklyn.

Eckaus Latta is known for its quirky gender-bending design aesthetic and predilection for experimenting with unconventional fabrics like plastics, fishing lines, and deadstock materials. There is also a heavy emphasis on statement knitwear and tailoring. 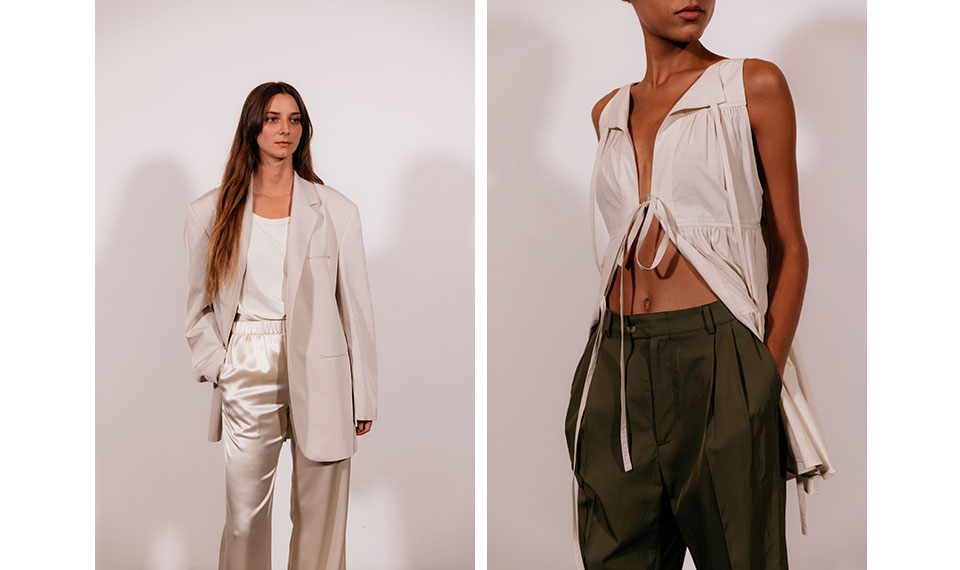 Ton shot to fame as a pioneer street style photographer, capturing the off-runway wardrobes of the most influential names in fashion, creating the IT girl phenomenon as he went. A long-held desire to turn fashion designer saw him join then two-year-old New York-based menswear label Deveaux in 2017 as artistic director, with a vision to help Tsao create a classic-inspired modern uniform for both men and women.

Given Ton’s background, he knows how to command a runway, and if his collections are simplistic and understated, his shows are anything but. A live band blasting Janet Jackson’s “Love Will Never Do Without You” was first out, followed by a collective of models of all ages and sizes and then a marching band. As for the clothes, they were a highly wearable assortment of refined essentials in tonal shades of camel, olive, cream and black—though, a print or two did pop up—from carefree shirtdresses, easy jumpsuits, languid suiting, tunic tops and dresses to take you literally anywhere. 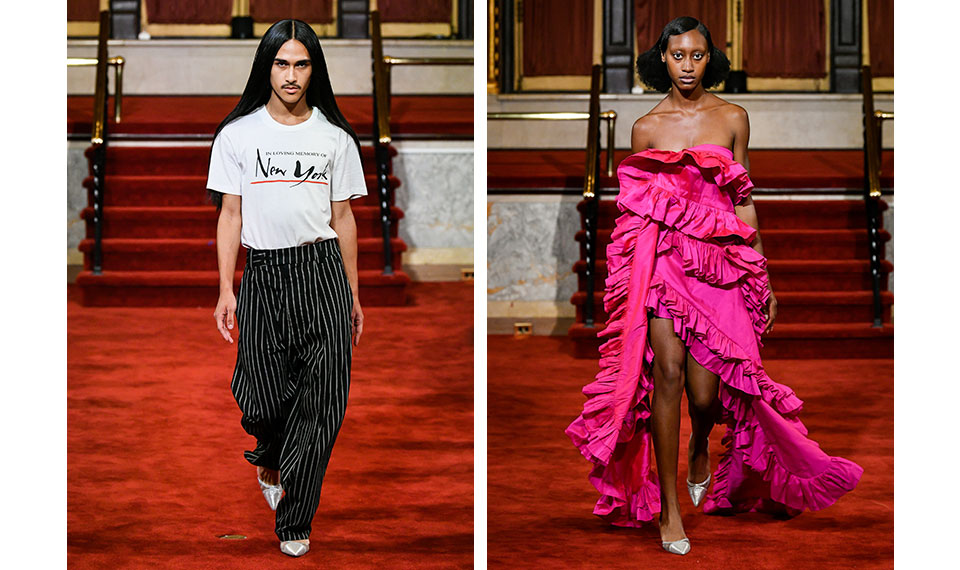 The designer trio conceived the label, which means cowgirl in Spanish, to “unite people who identify as outsiders.” DiCaprio and Taubensee taught themselves to make clothing by watching YouTube, while Sullivan is a former intern.

Expect the unexpected appears to be key to the design philosophy—in the past Vaquera has showcased rhinestone-studded crucifixes, terrycloth wedding gowns, oversized school uniforms, gender-bending looks and models and, of course, cowboy hats. Deconstructing pieces and supersizing others adds to the weird factor and devil-may-care attitude.

Vaquera teamed up with CDLM and Section 8 for the first-ever three-act show at NYFW, an exercise in economy, friendship and freedom of self-expression. The latter, putting it mildly. On display were boys in glittering silver heels and dresses, bare-chested models, oversized everything including a jaw-skimming jumpsuit and plenty of outlandish dresses and confections including a giant fuchsia and red love heart top. Or was it a dress? For the faint of heart, the black denim pieces add a touch of commerciality.